Ford is to launch 48-volt mild hybrid Fiesta and Focus models next year as part of wider plans for range electrification that will take in vans too. 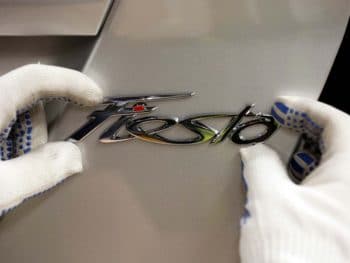 The announcement follows the news earlier this year that every one of the company’s nameplates launched from the all-new Focus onwards will include one or more electrified options, to deliver “one of the most encompassing line-ups of electrified options for European customers”.

It means that the Fiesta and Focus EcoBoost Hybrid models – which debut at the company’s ‘Go Further’ experience in Amsterdam next week (2nd April 2019) – will get a mild hybrid version of the three-cylinder 1.0‑litre EcoBoost petrol engine featuring a belt-driven integrated starter/generator to replace the standard alternator and a 48-volt lithium-ion air-cooled battery pack, plus a larger turbocharger.

The plans will also see mild-hybrid powertrains introduced for the Transit two-tonne and Transit Custom vans and the Tourneo Custom, which will arrive later this year based on the EcoBlue 2.0-litre TDCi diesel engine.

Commenting on the Fiesta and Focus mild hybrids, Steven Armstrong, group vice president and president, Europe, Middle East and Africa, Ford Motor Company, said: “Our new Fiesta and Focus EcoBoost Hybrid models are examples of Ford’s commitment to deliver new, more environmentally sustainable vehicles, sophisticated technologies, and valued services for our customers, and we have many more examples to announce in Amsterdam next week and beyond. We’ve gone to every length to develop mild-hybrid powertrains for two of our most popular cars that will help keep cash in customers’ pockets while remaining true to the Ford ‘fun to drive’ philosophy.”