Ford to cut global workforce by 10%

Ford has confirmed it’s cutting about 7,000 salaried positions or about 10% of its global salaried workforce under a major restructure. 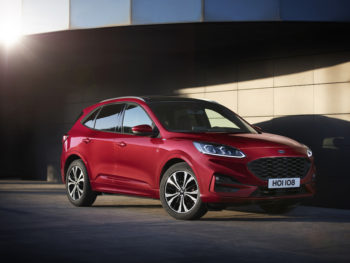 Ford has previously said it’s looking to expand in segments such as SUVs and EVs and exit others, such as MPVs

Revealed yesterday in a memo to staff, the “organisational redesign process” is intended to “create a more dynamic, agile and empowered workforce, while becoming more fit as a business”. This includes around a 20% cut in management structure that will bring annual savings of about $600m (£471m).

The restructure is nearly complete in North America and will finish in other regions by August; Ford has previously said that it’s cutting in excess of 5,000 jobs in Germany, with the total for the UK still to be confirmed.

This is being undertaken as part of a major plan to transform the Ford business in Europe that will see Ford expand in some car segments, including EVs and SUVs, and exiting others, such as MPVs. It’s also outlined plans for commercial vehicles to “grow leadership through [a] tightly integrated offering of smart vehicles, services and partnerships” and to leverage relationships, including a potential alliance with Volkswagen AG already announced last summer, to support commercial vehicle growth.

Its plans for imported vehicles will cover a “niche portfolio of imported iconic nameplates for Europe” that will include Mustang, Edge, and another SUV to be revealed in April, along with an all-new Mustang-inspired full-electric performance utility in 2020.

Commenting on the latest announcement, a spokesperson for the company said: “We understand this is a challenging time for our team, but these steps are necessary to position Ford for success today and yet preparing to thrive in the future.”

Announced two months ago, the plans put the focus on improving profitability and cutting costs by expanding in some vehicle segments, including EVs, and exiting others as well as making job cuts through “a reduction of surplus labour across all functions – salaried and hourly”.