Ford has announced new plans to improve profitability and cut costs by expanding in some vehicle segments, including EVs, and exiting others as well as making job cuts. 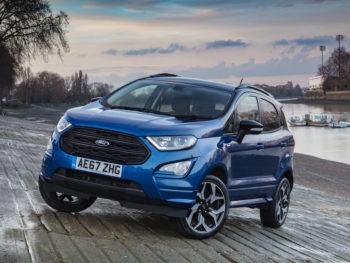 Under the scheme, Ford said it was looking to drop the slow-selling C-Max and Grand C-Max as the compact MPV segment shrinks in Europe. Meanwhile it will build on growing SUV sales; registrations of the EcoSport, Kuga and Edge hit a record high in 2018, surpassing a quarter million vehicles sold for the first time. More than one in five Ford vehicles sold in Europe are now SUVs. The overall plan is to have a “more targeted, emotive portfolio of European-built passenger vehicles”.

For commercial vehicles, the manufacturer said it would “grow leadership through [a] tightly integrated offering of smart vehicles, services and partnerships”. It added that it would leverage relationships, including a potential alliance with Volkswagen AG already announced last summer, to support commercial vehicle growth.

For the final business group which covers imported vehicles, Ford said this would cover a “niche portfolio of imported iconic nameplates for Europe” and would include Mustang, Edge, and another SUV to be revealed in April, along with an all-new Mustang-inspired full-electric performance utility in 2020.

The strategy will also drive electrification of the fleet further. The carmaker announced a year ago that it would significantly increase its planned investments in electric vehicles to $11bn by 2022 and have 40 hybrid and fully electric vehicles in its model line-up by this date. Now, Ford has said that every model from the Focus onwards will include an electrified option. This includes new nameplates and new versions of existing vehicles. From Fiesta to Transit, either a mild-hybrid, full-hybrid, plug-in hybrid or full battery electric option will be offered, “delivering one of the most encompassing line-ups of electrified options for European customers”.

Ford also said it would support structural cost improvements through “a reduction of surplus labour across all functions – salaried and hourly”. The redundancies – believed to number in the thousands – would be achieved as far as possible through voluntary arrangements, and Ford added that it was entering into formal consultation with its Works Council and trade union partners, “and is committed to working together with all key stakeholders to enable the new strategy”.

Other changes announced under the new strategy include plans to consolidate its UK headquarters and Ford Credit Europe’s headquarters at the Ford Dunton Technical Centre in South East Essex and to undertake a review of Ford Sollers, the company’s joint venture in Russia.

“We are taking decisive action to transform the Ford business in Europe,” said Steven Armstrong, group vice president and president, Europe, Middle East and Africa. “We will invest in the vehicles, services, segments and markets that best support a long-term sustainably profitable business, creating value for all our stakeholders and delivering emotive vehicles to our customers.”

Further details of the strategy will be published in the coming months.