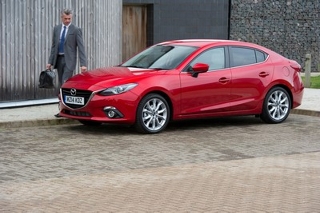 Latest Department for Transport figures show there were 1,775 reported road deaths in 2014, an increase of 4% compared with 2013. The number of those killed or seriously injured in Britain increased by 5% to 24,582. There were a total of 194,477 casualties of all severities, an increase of 6%, the first increase in overall casualties since 1997.

In response, Des Morrison, MD of TTC Group, says the company is urging the Government, fleet drivers and all road users to take action to reverse this worrying rise in UK road casualties before it becomes a trend.

More needs to be done to tackle pedestrian deaths which went up nationwide by 12% from 398 in 2013 to 446 in 2014 while serious injuries to cyclists rose by 8% , said the TTC Group, which run Bikeability training for both children and adults through Cycle Experience.

With a third of all traffic collisions being work-related, fleets also have an important role to play in reducing road risk, he said.

“Companies can safeguard their staff and reduce road traffic collisions through effective management and by introducing a road safety culture in their organisation and supply chain.  Through driver and vehicle risk management solutions such as TTC DriverProtect, companies have an affordable option to reduce road risk, achieve real savings, engage your employees and comply with health and safety law.”

Drivers can also do their part by keeping up-to-date with the latest legislation, best practice and watching out for other road users, especially vulnerable cyclists and pedestrians.  Drivers should also re-read the Highway Code, he urged.

As cycling grows in popularity, cyclists should take precautions to be clearly visible and avoid the blind side of lorries at junctions.  TTC Cycle Experience runs regular adult cycle training courses to teach safe cycling which also acts as a confidence boost for cyclists getting back in the saddle.

“We have to share the road space safely with each other. Be aware of what is around you. Keep a safe distance and then you can stop in plenty of time,” added Morrison.