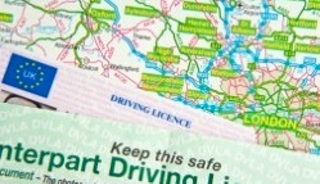 The warning comes from LICENCECHECK, which says that many fleet managers are confused about the ways in which they can legally check driving licences, and have been wrongly using the DVLA View Driving Licence system.

The company’s comments are also backed up by the ADLV (Association for Driving Licence Verification), which is warning fleets not to take risks.

The online service has been introduced by the DVLA for individuals to access their driving licence, with the organisation repeatedly stating that this is for driver use only and that any use of the service by third parties (including an employer) is an offence under the Data Protection Act. It has said it will investigate and pursue any case where unauthorised access has occurred.

Instead the DVLA has now officially launched a solution, dubbed Share Driver Licence, that allows employers and other third parties to check a driver’s licence by using a unique single use code issued to the driver.

Richard Brown, managing director of LICENCECHECK, said: “It’s an incredibly confusing time for companies who need to manage their fleet drivers within the confines of the law. Some of the fleets we have spoken to have been told it’s okay to use this service [View Driving Licence] if they’ve obtained a written mandate from the employee concerned.

“But this conflicted with our understanding, so we asked the DVLA and received a definitive response stating that is ‘intended for drivers to check their own records only, and should not be used by third parties to access driver records’.”

Brown continued: “It’s unclear what trouble businesses would get in if caught, but it would be apparent who was guilty. If a company accesses a number of employee’s records using View Driving Licence through one computer, the IP address for each will be identical.”

However the Information Commissioner's Office (ICO) has not categorically aid that it take action on fleets using the service. A spokesperson said: “The recent changes to data protection legislation outlawing enforced subject access requests do not stop fleet managers asking their drivers to provide specific details that are clearly necessary to assess their suitability for the role. Providing a fleet company has the driver’s consent then they can access information about the number of points and endorsements on a person’s driving licence without breaking the law. There is clearly a difference between this approach and forcing an individual to provide a full copy of all of the information held about them obtained using their data protection rights.”

Commenting on the situation, Richard Payne-Gill, deputy chair of the ADLV, said: “There’s clear uncertainty and risk in using View Driving Licence. Fleet and HR managers are all about managing risk so why would you take the risk of using a system that the DVLA have clearly said is only for the individual to use, not the employer.

“I would say categorically if you are not using a commercial system for whatever reason that the only option if you do not want to take risk is Share Driving Licence.

“The DVLA has gone to great lengths to create a licence check system that is unambiguous – even if it’s a lengthy and very transactional process.

“However, we are finding that for most fleets of any size that Share Driving Licence is not really an alternative to a commercial system or the previous system of checking paper records.”

He added: “Even if the ICO have not said that they will sue people using Share Driving Licence, the DVLA will monitor usage and if a particular IP address is hammering driver records, it’s clearly an employer using it. The chances are that the DVLA will then clamp down on it.”