Fleets are being urged to get to grips with the recently implemented EU fuel consumption and emissions test as Arval research indicates that many have been “slow to recognise the implications”. 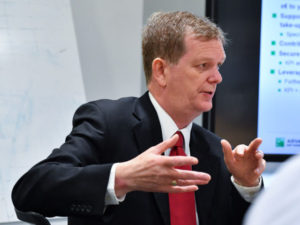 Manufacturers have 12 months to re-test their entire model range under the new regime.

However, as WLTP typically produces higher CO2 and fuel consumption figures than NEDC, there’s a transition period where both figures will be produced to help carmakers meet current EU emissions targets. The figures include computer-generated NEDC data, which will be used for VED and Company Car Tax (CCT) until April 2020 as announced in the Autumn Budget last year.

Although the first WLTP figures are starting to come through, Arval says that fleets tend to be aware of the new test cycle but not of its impact, including on vehicle choice lists.

Shaun Sadlier, head of consultancy at Arval, said the most immediate problem facing fleets was simply to ensure that when they were looking at figures for a particular car, they knew whether they were NEDC or WLTP statistics.

“If you are comparing different vehicles, you need to ensure that you know what you are looking at and that any decisions are being made on a like-for-like basis,” he commented.

And while it’s still some two years until the Government starts using WLTP figures for all vehicle taxation, Sadlier also called for fleets to factor in the implications for vehicle choice lists now.

“While this is more than two years away, it is well within the typical life cycle of fleet vehicles that you are buying now. You need to be thinking about the potential impact,” he added.

“It has been widely acknowledged for a long time that the old NEDC test was flawed when it came to the modern vehicle parc and having better quality information will simply allow fleets to make better, more accurate decisions. However, the changeover will require some proactive management and we are already helping our customers through this process.”