Two more fleets have signed up to go electric under the EV100 initiative as part of the Mayor of London’s inaugural London Climate Action Week (1-8 July). 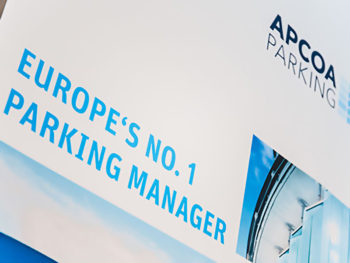 European parking management giant APCOA Parking Group and shopping centre owner Intu have committed to install EV charging infrastructure and shift their own fleets to electric vehicles by 2030; 10 years ahead of the Government’s  current 2040 date to end the sale of new petrol and diesel cars in the UK.

The firms join a growing list of global companies to sign up to the EV100 initiative, which launched in 2017 with commitments from firms including LeasePlan, Ikea and Deutsche Post DHL Group to migrate their fleets and infrastructure over to electric vehicles by 2030.

Intu plans to install more than 80 new charge points at its 14 directly managed UK shopping centres by 2020 alongside its existing charging network, while also transitioning its own vehicles to EVs by 2030.

APCOA Parking, which manages approximately 1.4 million individual parking spaces at more than 9,000 locations across 13 European countries, has committed to switching its 300+ mopeds, cars, vans and buses in the UK to electric by 2030 while also installing further charging points over the same timeframe. It will also roll out its plans to other markets.

Kim Challis, regional MD, APCOA Parking (UK & Ireland), said: “The UK will lead the way and share experiences with other APCOA countries, with the aim of mainstreaming electro-mobility across the APCOA Parking Group’s entire international operations by 2030.

“We have already re-engineered our travel policy to incentivise our staff to migrate to electric vehicles and, in addition, we are working with our clients to install electric charging points across the country. To date we have installed c.50 charging points at our locations across the South of England, with a further 40 planned by end of 2019. Furthermore, we are implementing emissions-based pricing structures, aimed at rewarding customers using electric/hybrid vehicles.”