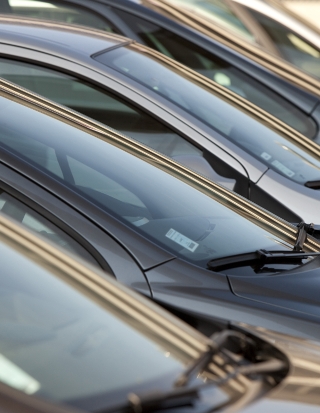 Ashley Sowerby, managing director at Chevin, said: “Fleets generally want to do the right thing from an environmental point of view but they are also under pressure to balance financial and operational factors.

“The fact is that the current dominance of diesel has been very much driven by tax regimes and legislation that were designed to place minimising CO2 at the centre of all emissions thinking.

“Unless there are changes to tax and the law – and quite dramatic changes – fleets will probably keep favouring diesel because it still provides the best balanced outcome when they come to making fuel choices.”

Sowerby said that changes such as the decision to ban diesel cars from Paris by 2020 could mark the start of a legislation shift away from diesel and ultimately create quite a strong disincentive.

“Similar discussions are underway in the UK and Norway and probably elsewhere. It will take this kind of definite legislative change if fleets are to switch in volume to petrol, hybrids of even electric vehicles.”

However, he added that an intelligent discussion was needed about the latest generation of Euro 6 diesels and whether they should be treated as pariah vehicles in the same way that earlier models were now viewed.

“The fact is that if a new diesel car is definitely meeting Euro 6 and there is no question over that fact, then it can credibly be viewed as a relatively sound environmental choice. We should try therefore and avoid a knee jerk reaction.

“It is by taking a blunt, CO2-centric view of what we want from vehicle emissions that tax and legislative regimes across Europe have ended up inadvertently creating the air quality problems that we are now experiencing.

“Legislators who come up with similarly simplistic anti-diesel policies should take care that they do not throw out the baby with the bathwater. We need a thoughtful approach if we are to avoid making parallel mistakes.”

The news comes as data also shows that drivers are still willing to choose diesel engines over petrol units despite the ongoing emissions scandal.

Research undertaken by Motoring.co.uk found that 61% of its visitors would still choose a diesel when buying their next car. In a separate poll, 83% believe that the UK government is too tough on diesel engines.

Further questions on the survey asked motorists whether they still trusted VW and manufacturers as a whole after the scandal. A minority of VW owners in the poll said that they felt betrayed by the German giant. However, on the whole, the majority of those polled wanted clearer reporting from manufacturers on real-world figures.

Terry Hogan, co-founder and director, said: “Our diesel versus petrol poll shows that price and miles per gallon are all important. Consumers want to purchase a fuel that suits their lifestyles and diesel for many does just that. For fleet drivers, diesel is incredibly important given the amount of miles they drive and of course with diesel cheaper than petrol at present, it makes a lot of sense for many.”