Values in the fleet and lease sector remained at near record levels last month, although model mix and seasonal pressures were in play, reports BCA. 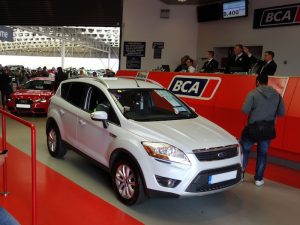 Latest Pulse figures show fleet/lease values were effectively static in July, down by just £4 at £9,665 compared to £9,669 the previous month. Retained value against original MRP (Manufacturers Retail Price) fell to 41.1% in July from 41.93% in June. Year-on-year values were static, with age falling by one month and mileage down by 3,000.

Overall used car values bounced back following a dip in June. The headline average value of a used car rose from £8,198 in June to £8,341 in July, an increase of £143 (1.7%) and the highest average monthly value on record. Year-on-year, the headline figure was up by £635, equivalent to an 8.2% increase in average values.

However, model mix had a role to play as higher value ex-fleet stock increased market share over the month.

Looking at the average price performance by model shape, values for volume stock generally increased by a small margin, with only coupes and convertibles falling back during the month.

Henstock added: “Sales have been well attended throughout BCA’s 23 strong auction network in July and online bidding has been strong, but it is noticeable that buyers are being more selective about condition, preparation and presentation.

“Current market conditions make it even more important to ensure vehicles are properly appraised and sensibly reserved. There is little to be gained by over valuing cars, particularly when there is increasing competition for the buyer’s wallet.”

Previous: Range Rover Sport to get four-cylinder diesel
Next: Warning over speed limits for big pick-ups