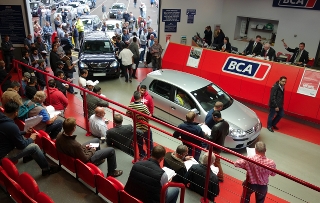 Fleet & lease cars averaged £9,727 in June, a rise of just £8 compared to May but enough to establish a new record monthly average value. The five highest average monthly fleet & lease values have been recorded in 2015.

Retained value against original MRP (Manufacturers Retail Price) was static at 41.89% over the month, with age and mileage broadly static. Average values were up by £279 (2.9%) compared to June 2014, with performance against CAP Clean up by a point and retained value down on 2014 by half a point.

In contrast, average values for dealer part-exchange cars stalled in June, falling month on month by £119. However, values for P/X cars remain at near record levels – June was the third highest monthly average value ever recorded by BCA. Nearly new values also declined, although model mix plays a significant role in this sector.

Simon Henstock, BCA’s UK operations director, commented: “The summer months typically see some pressure exerted on average values so we are not surprised to see the headline figure drop for the second consecutive month. The most significant factor in the current marketplace is that supply and demand are reasonably well balanced, with conversion rates remaining relatively stable. It is also worth remembering that values remain at exceptionally high levels on average, reflecting that buyers are continuing to compete strongly for good retail-quality stock.”

He added: “While cars presented in the best ready-to-retail condition will typically make values in excess of guide price expectations, vendors should not expect similar returns for vehicles in poor or below average condition. It is important to appraise vehicles honestly and accurately as there is little to be gained by placing over-aspirational reserve prices on poor condition cars.”