FleetEurope is celebrating its milestone 25th anniversary as the vehicle management solutions specialist also says it’s on track to double revenues this year. 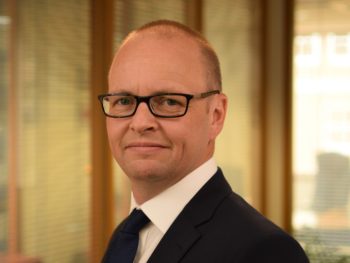 Launched in 1994 by current chairman and CEO John Yarroll, FleetEurope initially offered vehicle leasing and fleet management services to SMEs, with the rental division joining one year later; it now accounts for the majority of FleetEurope’s turnover.

The firm won its first major blue-chip account, a high-end retail chain, in 1996 and the business has been a customer for 23 years, citing “FleetEurope’s ability to provide a consistently high level of service and their proactive management of our mobility requirements” as key reasons for the ongoing relationship.

Meanwhile more than 500 new customer accounts have been won since chief operating officer Joe Howick was appointed in March 2016 thanks to his ambitious growth strategy. The current executive board, headed by John Yarroll, also includes Nicki Montero, chief financial and administration officer, who’s been with the business since 1994 and chief commercial officer Carlos Montero.

And the business is also due to reach its target of more than doubling its annual revenue by the end of 2019.

Howick said: “Crucial to our success has been the adoption of a service-led culture from the outset, which is driven from the top at board level, right throughout the business. We continue to invest in great people, industry-leading systems and service innovation to help us build strong relationships with our customers and exceed their expectations.”