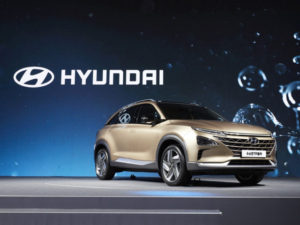 Ahead of its official launch early in 2018, Hyundai has provided an early glimpse of the next generation hydrogen-powered SUV.

The pre-production as yet unnamed car was shown off at a special preview event in Seoul, South Korea and represents the company’s fourth generation of hydrogen fuel cell technology. The car is an evolution of both the ix35 FCV and FE Concept shown at the 2017 Geneva Auto Show.

Hyundai says the new fuel cell system makes improvements on the efficiency and tank density storage in particular, over the out-going ix35 FCV.

The new hydrogen fuel cell SUV is slated to accelerate development of Hyundai’s next-generation of low emission vehicles, which the company says will bring them in-line with their goal to introduce 31 “eco-friendly” models (Hyundai & Kia combined) to global markets by 2020. Included in the plans is the launch of an EV version of the Kona compact SUV, with range of 242 miles (390km) due in first half of 2018. 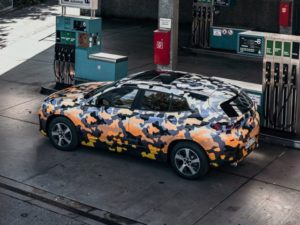 BMW has previewed the forthcoming X2 coupe-SUV, which is due to launch in 2018.

Likely to be based on the same platform as the latest X1, the X2 appears to be a similar product to the larger X4 and X6, mixing raised SUV ride height with a coupe-like roofline. It joins an SUV line-up that accounted for a third of BMW’s global sales last year.

From launch, its closest rivals will be the Jaguar E-Pace and Range Rover Evoque. Engines could be shared with the X1, including the 150hp, 190hp and 231hp 2.0-litre diesels, as well as a line-up of petrol alternatives. Trim levels are likely to exclude SE, as the X4 and X6 also lack this version.

Official fuel consumption and CO2 emission figures have not been released yet, but expect the latter to range from around 110-115g/km. 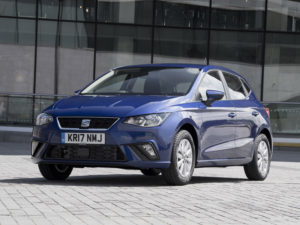 The introduction of the Ateca compact SUV has directly benefited sales, while also providing a boost to the order books of other models, including the New Leon. With the recent introduction of the All-new Ibiza and looming arrival of the New Arona crossover this winter, the brand said it expects to continue to grow throughout the rest of 2017 and beyond. 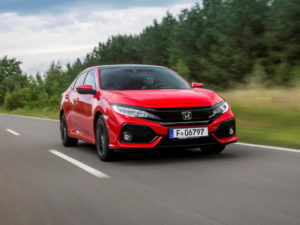 Honda’s Civic range will be available from March 2018 with a 1.6-litre diesel engine, the first time a diesel has been available in the current model.

The new Honda diesel 118 Bhp i-DTEC engine is one of the first units to be officially tested under the new Worldwide Harmonised Light Vehicle Test Procedure (WLTP) fuel consumption and emissions cycle, which comes into force this year. The engine is also one of the first to be officially tested through the Real Driving Emission (RDE) procedure to validate NOx and particulate emission levels.

Efficiency enhancements for the new Honda Civic 1.6 i-DTEC result in fuel economy and CO2 emissions starting from 76.3 mpg (3.7 l/100 km) and 99g/km under the WLTP cycle – according to Honda’s internal data. 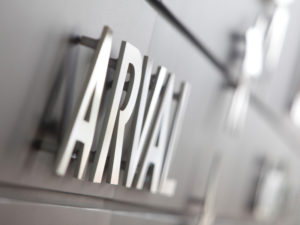 Research shows most fleets turn to manufacturers for information

Research shows most fleets turn to manufacturers for information

New research by Arval shows most fleets turn to motor manufacturers for key information covering safety, model specifications and costs, rather than their leasing company.

The research indicates that motor manufacturers are the top source of information, with 61% of fleets going directly to them, compared to just 17% who referred to their leasing company. The data shows websites are the second most popular resource for technical information, with 38% of fleets heading online as a first port of call.

The findings are the result of the 2017 edition of Arval’s Corporate Vehicle Observatory Barometer, which covers responses from 3,847 fleet decision makers, who were asked for the main sources of information they use. 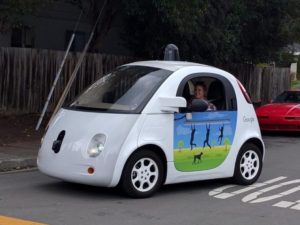 Driverless cars will still need a human watching the road, the research suggests.

Autonomous cars won’t have the edge over human drivers until every vehicle can communicate with each other and predict what’s happening over the horizon, according to IAM RoadSmart.

The road safety charity said it believes the full benefits of self-driving cars won’t be felt until vehicles can pre-warn each other of conditions ahead, citing research published in a white paper from the University of Michigan which suggests human and machine co-operation is needed in the interim.

According to the research, machines offer quicker reaction times, more consistency and are better able to monitor multiple channels. However, human drivers have an advantage in terms of perception, reasoning and sensing what’s ahead, as well as memory of previous conditions.

Previous: Large fleets pledge at least 5% EV share by 2020
Next: Export of British-built vans, trucks and buses reliant on EU