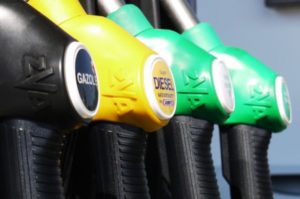 Newly registered diesel cars will get a reformed tax system, with the funds used to enable local authorities to curb air pollution.

Released on Wednesday, DEFRA’s finalised air quality plans are aimed at accelerating air quality improvements in the UK’s most polluted areas. Authorities have eight months – instead of 18 – to put proposals together, with final plans due before December 2018. Additional government funding is being provided to help them meet the earlier deadlines and put plans into action.

There are few details on the new tax system, but the document suggests that additional funding will come from taxation on newly-registered diesel vehicles and reallocation of budgets within government. Expect more information at the Autumn Budget. 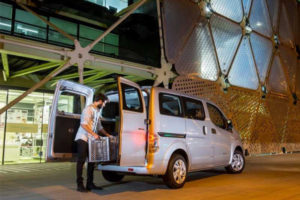 The Department for Transport is considering raising the weight threshold for light commercial vehicles from 3.5 tonnes to 4.25 tonnes to offset their heavier drivetrains, in turn making them more cost-effective to operate.

A consultation is now under way, which would enable battery electric, range-extended electric, plug-in hybrid, hydrogen fuel cell or natural gas powered vehicles to be classed under Category N1 even if they exceed the 3.5-tonne gross weight.

In turn, this would enable them to be driven on a Category B (car) driving licence, and exempting them from restricted operator licensing requirements. It would also close a loophole which has enabled some of the heavier electric vans to not require annual roadworthiness checks. 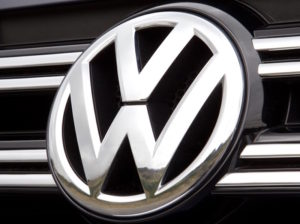 Volkswagen said CO2 emissions have not changed, so no compensation is due.

Volkswagen has rebuffed claims from London Mayor Sadiq Khan that it should pay £2.5m to compensate for alleged lost Congestion Charge revenue following the ‘Dieselgate’ emissions scandal, because the CO2 emissions of its cars have not changed.

The carmaker said all vehicles affected by the issue, and which benefited from the Congestion Charge Greener Vehicle Discount, did so “validly throughout the relevant period”.

A VW spokesperson said: “None of the affected vehicles have had their official CO2 emissions figures amended, given that official CO2 values are not affected by the NOx issue. There is, therefore, no basis on which it can be said that Transport for London has lost any sums as a result of the NOx issue.” 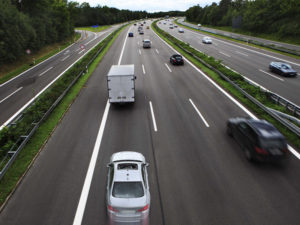 TRL research has suggested reaction times are much slower than the Highway Code allows for.

Stopping distances in the Highway Code should be increased “as a matter of urgency” as they underestimate drivers’ thinking time.

Road safety charity, Brake, points to research from the Transport Research Laboratory (TRL) which suggests that the average thinking time is 1.5 seconds − more than double the 0.67 seconds set out in the Highway Code.

According to the study, average total stopping distance should be set at 34m instead of 23m for 30mph – an extra 2.75 car lengths – rising to 121m at 70mph compared to the current figure of 96m, equating to an additional 6.25 car lengths.

The RAC has also called for the Highway Code to be updated in the light of the findings.

Parking fines are up 64% year on year.

The number of drivers given fines by private parking firms has risen by 64% over the last year, renewing calls for a clampdown on the industry.

According to new data, the DVLA shared 1.74 million records with private parking companies in the first quarter of the 2017-18 financial year – up from 1.06 million for the same period in 2016/17. Extrapolated across the rest of the year, the increase would see a total 7 million records shared, up from 4.7 million in 2016-17.

The surge in private parking fines follows the 2012 ban on clamping on private land and comes two years after the coalition government consulted on possible changes to the private parking industry. 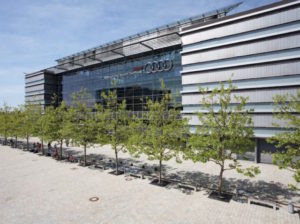 Audi has become the third German carmaker to release a software update cutting NOx emissions for diesel engines under real-world use.

The voluntary update will be offered at no cost to consumers, and applies to Euro 5 and Euro 6 compliant V6 and V8 TDI engines – 850,000 vehicles globally. Audi said it the move would counteract possible bans on diesel engines.

It closely follows similar moves from BMW, which is updating selected Euro 5 models, and Daimler’s announcement that it would issue upgrades for three million Euro 5 and Euro 6 vehicles across Europe. None of them have indicated how many UK vehicles are included.