Our Volvo V60 long-termer brings a wealth of onboard equipment, says Martyn Collins. 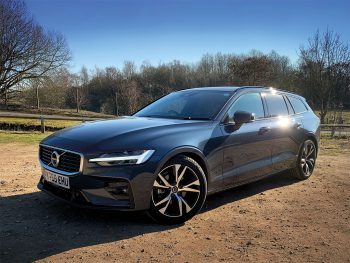 The Volvo has proved its safety credentials

Think Volvo, think safety. The well-being kit fitted to my V60 just adds another level of confidence and admiration to every drive.

A significant option that I’ve had a lot of experience with so far is the Intellisafe Pro Pack, priced at a not- insignificant £1,625. That is a lot, but it includes plenty of kit, the most clever being the semi-autonomous Pilot Assist (which I admit I haven’t had the courage to use). However, proving their worth on a day-to-day basis are the Cross Traffic Alert and Rear Collision Mitigation. Plus, the Parking Camera 360o Surround View, just part of the £1,800 Xenium pack.

The overhead view was difficult to get on with at the start compared to a standard rear-view camera, but the emergency brake has already stopped accidents with other cars and stray pedestrians, on the move or changing directions.

In other news, the unusually kind weather has meant the Volvo has received its first wash after almost 2,000 miles – could this be the best-looking estate in its class? I think so!