We report back on the wealth of kit on the Combo Life. 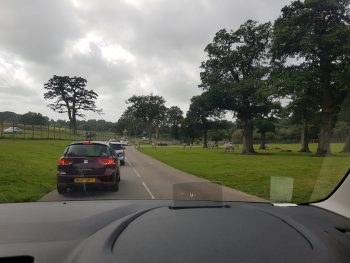 As we approach the return of our long-term Combo Life – thankfully delayed for a bit due to lockdown – I’ve been ruminating on the safety kit and other equipment on our model as there’s rather an abundance of it.

We’ve not thankfully made use of the automatic emergency braking with pedestrian detection but the forward collision alert has given us audible alerts us on numerous occasions when the car’s though there’s been an emergency. Normally when I’m overtaking and gone by the time I’ve even looked down. The lane keep assist does work actively to keep you in lane too.

I’m a fan of the speed sign recognition too, which displays local speed limits by the speedo and, in our case, also flags them up in the £355 optional head-up display. The head-up display also provides a much more prominent digital speedo readout and I think it’s really helped me with sticking to prevailing speed limits. I’ve lost track of the number of times I’ve used the speed sign recognition to double-check I’m right on the local speed limit.

Our model also comes with the £450 onboard navigation features package, bundled up with the standard eight-inch touchscreen. The sat nav doesn’t seem to have live traffic jams notifications but all models come as standard with  Android Auto and Apple CarPlay, enabling access to app-based route-planning this way.

I did also have a concern about the touchscreen, which sticks up from the dashboard. I’m not worried about its stick-out aesthetics but it does get quite warm if the vehicle is in sunlight on hot days.

For the first time ever, I also had to replenish the AdBlue on a test car. The Combo Life initially provided me with a 1,500-mile warning that more was needed so I had plenty of time to sort it, and the reminders continued every time I started the car. But as it turned out the four litres I bought wasn’t enough and it was only some 2.5 weeks before the car started reminders again.