Living with the Swace’s petrol-hybrid powertrain requires no adjustment at all, says Natalie Middleton. 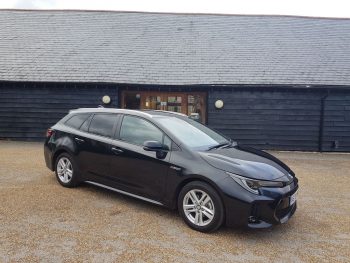 It’s some weeks into our test of the Swace but the 1.8-litre hybrid powertrain has suited my lifestyle from the outset, faring well for its simplicity and its efficiency and the fact that I’ve just been able to get in and drive it without too much thought.

On start-up, the powertrain defaults to the electric motor and battery unless the engine is forced to kick in – and I’ve become quite obsessed with trying to avoid the latter. It’s pretty seamless and not that intrusive but the slight engine noise and the rev counter and lack of EV icon give it away. I’m now accustomed to driving off as gently as possible to remain in EV mode. You can also manually select via this the button near the gearstick but again, it will only work at moderate speeds and usage and when conditions aren’t too hot or cold.

There’s also three drive modes to choose from – Sport, Normal and Eco – each of which does actually make a notable difference.

I’m seeing the benefits of the petrol-hybrid powertrain when it comes to my combined fuel consumption, which is at diesel-levels by my standards. It’s dropped off from the 50.4mpg I was initially getting and gone down to around 49.5mpg with mainly roundtown mileage – but that’s significantly less than the usual steep drops I see for predominantly urban usage.

It might not sound that impressive, but given that the official WLTP combined is 64.2mpg and that I am not renowned for having a light right foot, I’m actually pretty pleased with that – it shows how the Swace is delivering efficiencies in a start-stop environment but without me needing to make any changes to my lifestyle whatsoever.

Previous: Volvo and Northvolt partner for European battery gigafactory
Next: Interview: Connected Kerb on how to tackle the big EV charging issues