John Challen checks out the wealth of kit on the Kodiaq. 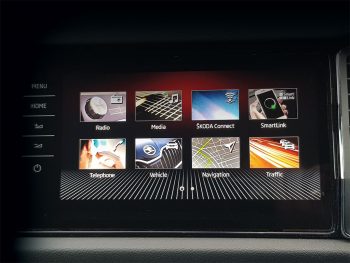 I like to think I embrace technology and the advances it brings, even when I don’t fully understand it or how it works. But I get the feeling that sometimes it pays to just keep things simple. The infotainment system in the Kodiaq – or the controls of said system, more specifically – is an example of what I mean.

I’ve swapped into the Kodiaq from its Karoq stablemate, which had clear buttons for each element of the system, making it a dream to switch from, say, the navigation to the radio.

All you had to do was press a button. Now, however, there is no way to go directly from one to the other (from what I can see).

Instead, I have to select the home menu tab, then press the required function that I want to use and then go through the same indirect route back to the nav.

Unless I’m missing something, I honestly can’t see the value in making something more complicated with a new and upgraded Škoda system. I’m not sure if voice control would be any better, but I’m not the biggest fan, to be honest.

I know it’s a bit ‘first-world problems’, but I figure if that’s the only thing I have to complain about the car, then it must be doing a lot right.