The final report on the Ibiza sees it earn it plaudits for its looks and boot space. Curtis Hutchinson reports. 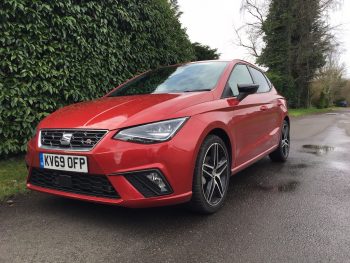 Our long-term Seat Ibiza has exited the fleet after three months’ service. In that time it has made a big impression for a small car.

As the first model to use Volkswagen Group’s MQB A0 platform, this car is a benchmark for what can be achieved in terms of interior space, something which has never failed to delight. Previous reports have covered driver comfort (excellent) and rear legroom (surprisingly good) but the real winner for every day practicality is the best-in-class boot space of 355 litres which effortlessly swallowed all manner of loads.

What we haven’t covered before is the car’s good looks. The exterior styling of this fifth-generation Ibiza is much sleeker than before. But with the FR Sport trim’s added flourishes, it is a head-turner which will certainly appeal to user-choosers looking for a five-door supermini which does not sacrifice style for practicality. This has plenty of both.

Specification levels are high. I particularly liked the easy-to-use cruise control, which has a helpful illuminated green marker which illuminated on the digital speedo once the speed is set.

The three-cylinder 1.0-litre engine never failed to be responsive and engaging, even when pushing on at motorway speeds. Although, as previously reported a combination of the 18-inch alloys and stiffer suspension can make poorly maintained motorway surfaces noisy.

For company car drivers looking for a stylish and practical five-door supermini, the latest Seat Ibiza may not be the obvious choice, which will make all the more rewarding for those who do select it.