The Outlander PHEV proves its practicality to Alex Grant. 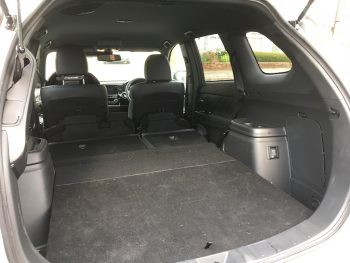 SUVs have become a jack-of-all trades for manufacturers; popular with buyers but often drawing criticism around impracticality and inefficiency. The Outlander PHEV easily dispels both claims.

PHEVs don’t get seven seats, but the boxy body offers a broad, square boot which extends over a rear bench that folds flush with the load floor. After all, until the Transit follows suit, this is the UK’s only plug-in hybrid van. It even gets a third ISOFIX point on the front seat.

And it’s hard to argue with the efficiency on offer. Fuel economy variesby use, but an easy 3.8kWh around town in electric mode is impressive given its size. Don’t knock it until you’ve tried it.