Alex Grant looks to dispel some popular myths on PHEVs. 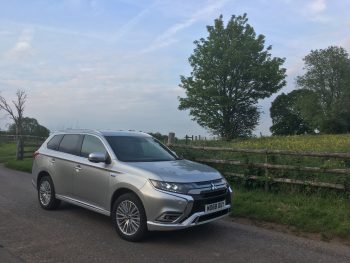 Seven months into life with a plug-in hybrid and I’ve discovered an unexpected, repetitive aspect to driving one. PHEVs are still a novelty for most motorists, and mixed press has fuelled some misconceptions about how well they work in real life. The common criticism I’ve had to dispel is that they’re little more than a tax loophole, and they don’t work in real-life. My experience is very different.

Tax efficiency we’ll come back to, but I’ve found proper usage is an easy habit to get into. I top up whenever I can, so most of my journeys are powered by mains-supplied electricity, costing around 5p per mile. Costs shoot up to 14p per mile when the petrol engine is running, but it’s only ever used as a back-up for motorway trips, where it’s only ticking over to maintain momentum.

Overall, I’m averaging an indicated 65mpg and 30 miles per charge over 7,000 miles, including regular motorway trips. The Outlander returns around 40mpg once the batteryrange is depleted, so a quick calculation suggests roughly a third of that was driven using mains-supplied electricity. With the electricity cost factored in, my overall average fuel cost is just under 11p per mile – or roughly the same as a 55mpg diesel car.

I’m certainly diligent, but I’m not hypermiling or being selective with the journeys I use it for, and I don’t have a low-cost overnight energy tariff. Even so, how many diesel SUVs can you think of that could average 55mpg with a large share of urban driving? And how many of those can take on a wet-weather school run without any exhaust emissions at the point of use? Plug-in hybrids might not be the destination, but they’re definitely a step in the right direction