The Outlander PHEV continues to make a strong case for plug-in hybrids, says Alex Grant in his final report. 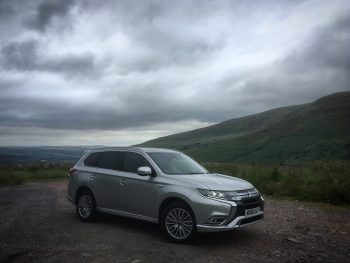 It’s just over a year since OLEV dropped the £2,500 grant for plug-in hybrids, arguing that the market had become mature enough to stand on its own. Registration figures reflect a perfect storm since – best-sellers unavailable due to replacement or WLTP testing – but they haven’t collapsed. At 33,508 registrations in 12 months to 31 October 2019, plug-in vehicle registrations are split near-equally between hybrids and full EVs.

The Outlander PHEV is a stalwart, occasionally to its detriment as early adopters got their fingers burnt learning the hard way which fleet drivers weren’t suitable for them. But, five years since the original version launched, my nine months with this game-changing car have shown it can still hold its own. Shifting fuel economy testing has already widened the CO2 and Benefit-in- Kind gap versus diesel cars, and my 70mpg shows it can still make good financial sense in the hands of a diligent driver.

Running costs aside, a PHEV also offers many of the upshots of a full EV without requiring the same level of behaviour change. Near-silent, tailpipe emission-free urban driving is a big selling point for me, and cabin pre-heating using mains-supplied electricity is a convenience feature I’d miss. Fuelling at home is so straightforward that, ironically, I’ve found the occasional petrol station trip a bigger hardship than plugging in.

Picking holes, some of the on-board technology (the smartphone app particularly) feels a bit dated, but it’s been a brilliant all-round workhorse that’s slotted easily into my life. Modern EVs are brilliant, but I think the PHEV can still hold its own.