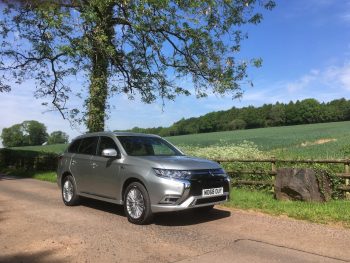 If you’re keeping an eye on range, you’ll soon become a better driver in a plug-in hybrid

Plug-ins make better drivers. Drive one for any length of time and, with one eye on the range display, you’ll quickly develop good habits. And the results of Mitsubishi UK’s recent Outlander PHEV owner study show that goes beyond a steady right foot.

Asked which features they use most, 83% referenced the paddles behind the wheel which dial in stronger regenerative braking in five steps, or turn it off. They’re a bit like shifting down through the gears on an automatic gearbox, and promote an anticipatory driving style. While this won’t stop the car completely, the strongest mode will scrub off speed aggressively enough that you rarely need to dab the brakes under normal driving. Good for your fuel economy, as well as your maintenance costs.

Mitsubishi highlighted owners’ diligent charging habits (90% top up more than once a week), but the data shows they are also clever with how they use that range. Driving modes which prioritise electric driving, use the engine to charge the battery, or enable the range to be saved for later, were also among the popular features, suggesting they try to avoid using the engine in town. Good habits you can’t match with a petrol or diesel car.