Dan Gilkes puts the CX-5’s practicality to the test. 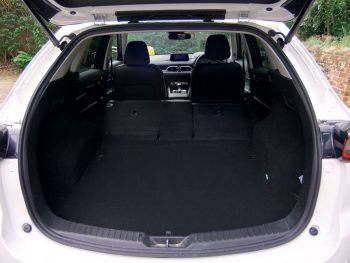 The CX-5 has proved a handy hauler, according to our tester

As the editor of Van Fleet World, I rarely struggle to find a vehicle to move larger loads. However, on the few occasions that I have been caught without a van on the drive, the CX-5 has proved a handy hauler, with a surprisingly voluminous boot. If you need even more space, the rear seats drop flat, with two large catches that can be accessed from the side or rear doors.

The roller load cover is also easily removed, once you unclip it from the electrically powered rear hatch, creating van-like interior space. It can’t quite match a Mazda6 estate, but it should be more than big enough for most.