In his final report, Alex Grant figures which S-Max model is the best deal. 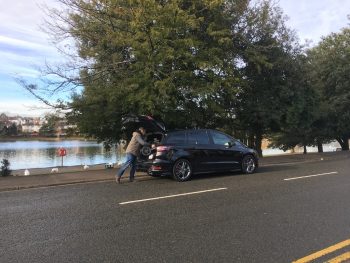 Our S-Max has shown the advantages of MPVs

The S-Max has now departed our fleet, and I’ve been running some figures through the Car Comparator on fleetworld.co.uk to see how it stacks up against its rivals. As it turns out, this isn’t an easy group to pull together.

In this spec there’s no direct rival, which means looking beyond similar products. Ford has just fitted the same 240hp 2.0-litre EcoBlue diesel to the updated Edge ST- Line – it’s not inconceivable that customers might also be looking at SUVs. However, this means adding four-wheel drive, stepping up to 37% Benefit-in-Kind, and £6,000 extra whole-life costs over three years.

The 191hp EcoBlue ST-Line is a more sensible purchase and broadens the list of rivals. Volkswagen’s Sharan and Seat’s Alhambra both have 179hp diesel engines, but there’s a hike in contract hire costs for their sliding doors and extra third-row space. As most seven-seat SUVs have four-wheel drive and no space for three booster seats in row two, its biggest potential threat is the fantastic Peugeot 5008 in BlueHDI 180 GT-Line spec. Three ISOFIX points, seven seats, fashionable SUV styling and very similar running costs.

So, while I’d opt for a lower-powered version, I’ve found the S-Max a great companion over the last three months. It’s a throw-everything-in family mover that’s also great to drive, and the only headache has been an intermittent glitch with the electric tailgate.

I just hope the market remembers the advantages of MPVs while there are still a few of them left.