Average year-on-year values increased across all sectors at BCA in January 2020, with fleet and lease vehicles reaching the second highest average value ever recorded. 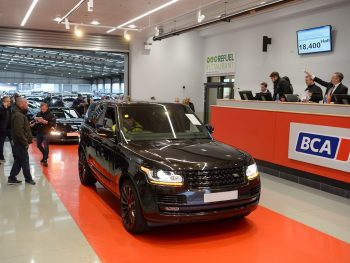 Average year-on-year values increased across all sectors at BCA in January 2020, with fleet and lease vehicles reaching the second highest average value ever recorded

The average figure of £12,331 for fleet and lease values was up 7.1% (£878) despite both average age and mileage continuing to rise. Demand for fleet and lease stock at BCA has seen values rise consistently since September of last year, with the last five months representing the five highest monthly values recorded. The retained value against original MRP (Manufacturers Retail Price) averaged 43.3%, down by 0.8 percentage points, year-on-year.

Helped by dealer part-exchange values reaching the highest point on record, while nearly new values were up by 4.5%, BCA reported a headline figure of £9,840 in January 2020, up by 3.7 (£364) despite both average age and mileage rising over the period.

Stuart Pearson, BCA COO UK remarketing, commented: “January was a strong month across BCA’s network with record volumes sold and strong buyer engagement across the network for both physical and digital sales. Dealer customers are reporting positive levels of retail activity and this is driving demand in the wholesale sector.”

He added: “Online trading played a significant role during January with sold volumes rising by a significant 23% compared to January last year. The BCA Buyer app is driving digital engagement, creating additional buying power by ensuring that buyers never miss the vehicles that they are interested in and helping buyers bid on any vehicle being sold, whatever their location.”