Ex-fleet car values at Manheim saw a rise in October, with values up for prestige and volume brands while demand for SUVs also increased. 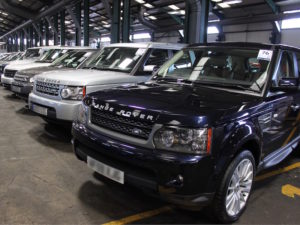 In the overall wholesale market, prestige brands saw the biggest increase in values, up by 5.6%, while prices for volume brands were up by 3.3%. SUV demand was up as colder weather kicked in and stocking time fell by two days.

Amongst the different fuel types, diesel cars saw the biggest increase in values in the wholesale market, with prices up by 6.3% from last month and said to be stable year on year.

Daren Wiseman, head of valuations at Cox Automotive UK, said: “The seasonal trend of increased demand for SUVs continued from the previous month, and we expect for that to remain going into 2017. While October typically sees some softening in prices, we delivered strong results for our auction customers and defied some market expectations, which is no doubt in part down to our significant investment in improving operational efficiencies.”