Average values remain at near record levels in the fleet and lease sector, latest figures from BCA show. 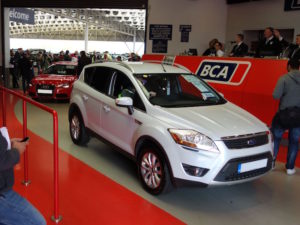 November’s average fleet and lease value of £10,643 was the fourth highest ever recorded by BCA.

November’s figure of £10,643 was the fourth highest ever recorded by BCA with year-on-year values up by £620 (6.0%), as both average age and mileage continued to reduce. Retained value against original MRP (Manufacturers Retail Price) was 42.30% in November.

Overall average values climbed by £40 (0.4%) to £9,404 – a record value for the third month running. Demand improved from October and a change in model mix saw BCA handle a larger percentage of higher value corporate stock during November than the previous month.

Year-on-year, the headline figure was up by £773 – the same figure as last month and equivalent to an 8.9% increase in average values – with BCA attributing this to steady demand, well-balanced supply and a change in the mix of cars available at BCA over the past 12 months.