Fleets are being urged to take action on driver training as this year’s Road Safety Week reveals the hidden dangers on the roads. 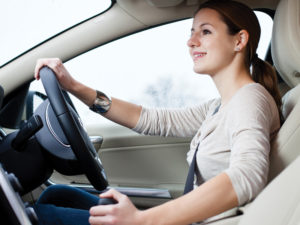 The 2019 Road Safety Week is run by Brake, which has revealed that one in three adults have been in a collision or near miss with a vehicle on a UK road in the past year – rising to more than half (54%) of young adults.

And the risks are much higher significantly higher for fleet and at work drivers, with one in three road deaths involving a vehicle being driven for work, says DriveTech.

Yet, despite statistics demonstrating increased risks for fleet and at work drivers, DriveTech says less than one quarter of companies have regular training for their drivers.

Colin Paterson, head of marketing at DriveTech, said: “At-work drivers are far less likely to be involved in a collision caused by substance impairment or speeding than other motorists, however, they are far more likely to engage in other types of risky driving behaviour than individual motorists.”

DriveTech also warns about how a momentary lapse in concentration caused by distraction or fatigue is all it can take for a seemingly ‘small’ or ‘every day’ risk to result in a fatal accident.

“In the blink of an eye, a small error can result in a potentially life-changing outcome,” added Colin Paterson.

In response, the firm says that by simply expanding driver risk management approaches, companies could reduce accident rates by as much as 35%. There is an entire range of courses for fleet companies and drivers, which help equip and prepare fleet drivers, mitigate risks and prevent incidents, making roads safer for everyone.