Fleet registrations up 11.8% in August as UK new car market continues to soar 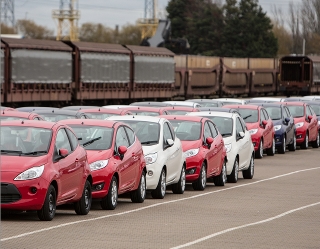 Despite historically being one of the year’s quietest months, new figures from the Society of Motor Manufacturers and Traders show that new car registrations increased 9.6% to 79,060 for the month, with year-to-date growth up 6.7%.

The highest growth in August was seen in the sub-25 business sector, which was up 12.1% year-on-year to 1,514 units, with market share of 1.9% matching that of August last year. However, for the year to date, business registrations were down 5.8%.

Mike Hawes, SMMT chief executive, said: "August’s strong performance has again been driven by attractive finance deals and a diverse range of technologically advanced models. Britain’s budget-conscious buyers are taking advantage of low regular monthly payments that provide certainty and affordability.‎ With September's new 65-plate now in full swing, we expect UK showrooms to be as busy as ever.”

David Raistrick, UK manufacturing leader at Deloitte, added: “In a traditionally quiet month, the growth achieved in August is ahead of expectations. Indeed, August registrations have now exceeded the levels achieved in 2007 (77,000). This level has not been reached in the intervening years, even with the assistance of the Government scrappage scheme in 2009.

“Turning to the September numbers, which will include the new 65 number plate registrations, 2014 showed a phenomenal 425,000 vehicles registered. With such a strong August, manufacturers and retailers will be anticipating good sales figures in September. Expectations are high that the number of deals on offer will positively influence the retail market. However, with signs of growth slowing in both the service and manufacturing sectors, last year’s September numbers will be a hard target to beat.

“With a flat European and global new car market, manufacturers will be keen to ensure that the September new plate opportunity is maximised. At the current rate of growth being achieved, full year sales look on track to reach between 2.55 and 2.6 million. That’s even if there is a quieter last quarter to the year.”