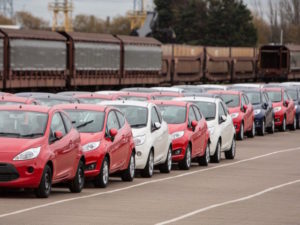 Diesel registrations were once again hit hard with a fall of 30.6% to 61,730 units – giving them a market share of just 37.7% compared to 48.3% in November 2016 – following months of speculation over planned tax changes, as announced in the Autumn Budget.

Mike Hawes, SMMT chief executive, said: “An eighth month of decline in the new car market is a major concern, with falling business and consumer confidence exacerbated by ongoing anti-diesel messages from government. Diesel remains the right choice for many drivers, not least because of its fuel economy and lower CO2 emissions.

“The decision to tax the latest low-emission diesels is a step backwards and will only discourage drivers from trading in their older, more polluting cars. Given fleet renewal is the fastest way to improve air quality, penalising the latest, cleanest diesels is counterproductive and will have detrimental environmental and economic consequences.”

Simon Benson, director of motoring services at AA Cars, added: “The SMMT warned last month that if the Government failed to intervene the new car market would continue to suffer, and sadly that proves to have been the case today.

“Anyone holding out for a confidence boost from the Budget will have been sorely disappointed, as the Chancellor’s statement only served to further exacerbate the problem.

“What consumers really need now is clarity. Widespread confusion has hurt the market over the course of the year, so drivers need clear information about what charges or other restrictions both the latest, Euro 6 diesels, and older vehicles might face so they can make better informed car buying decisions.”