Fleet market falls in May and diesels come under pressure

Fleet and private registrations declined in May, with overall diesel take-up also showing a large downturn. 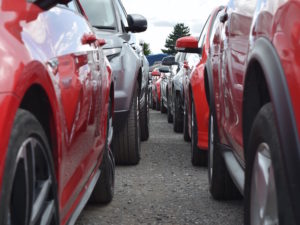 SMMT reported a 20.0% decline in overall diesel registrations in May.

The figures from the Society of Motor Manufacturers and Traders (SMMT) show that overall UK new car demand fell 8.5% last month to 186,265 cars registered, with the organisation attributing the downturn to the general election as well as the new VED rates.

Mike Hawes, SMMT chief executive, responded: “We expected demand in the new car market to remain negative in May due to the pull-forward to March – which was an all-time record month – resulting from VED reform. Added to this, the general election was always likely to give many pause for thought and affect purchasing patterns in the short term.”

Of particular note was the 20.0% decline in overall diesel registrations, which fell from 101,844 units to 81,489. However, the alternatively fuelled vehicle segment rebounded following April’s decline, rising 46.7% to 8,258 units and taking a new record market share of 4.4%. Petrol registrations remained static, with a 0.4% rise to 96,518 units.

Looking ahead, the SMMT said it expects the market to remain strong over the year while KPMG maintained its forecast for 2017 new car sales at 2.5 million, falling from the all-time record of 2.7 million in 2016, with the company saying it expects a steady cooling of sales over the rest of the year.

Chris Bosworth, director of strategy at Close Brothers Motor Finance, added that they expect motorists to continue to move to the 1-3 year ‘nearly new stock’ market as Brexit continues to have a knock-on effect on consumers’ purchasing plans.