The UK new car market dropped 1.6% in August, with declines seen for both fleet and private registrations in the wake of last year’s pre-WLTP spike, but battery electric vehicles demand rose nearly fivefold to take a record market share. 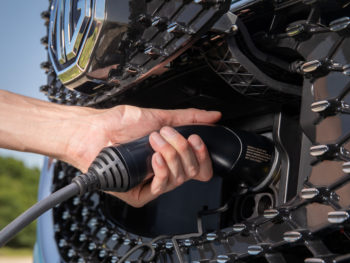 The SMMT figures show electric cars, as well as hybrids, are on the up

The figures from the Society of Motor Manufacturers and Traders (SMMT) show a total of 92,573 new cars were registered in August; 1,521 fewer cars than in the same month last year as a result of continued downturns in demand for diesels and plug-in hybrids while also reflecting the aftermath of last year’s sharp rise in pre-WLTP registrations.

Diesel registrations fell for the 29th month running, down 12.2% in August, while petrol held steady with a 1.0% rise.

There was good news however when it came to battery electric vehicles, with registrations up 377.5%, to 3,147 units; the result of both new models and some pent-up demand according to the SMMT

Meanwhile 4,014 hybrid electric cars also joined UK roads, an uplift of 36.2%. However, the decline in plug-in hybrid registrations continued, down 71.8% to just 907 vehicles as last autumn’s removal of the Plug-in Car Grant for PHEVs continues to take its toll.

Commenting on the figures, Transport Secretary Grant Shapps said: “More electric cars on our roads is a good sign because it shows that people are concerned about the environment and opting for greener transport. The Government is backing this and making it easier to use electric cars by ensuring there are more charging points across the country.

“As a new owner of an electric car, I can confirm from my own experience that they’re quiet and impressive, and that with more charging locations than petrol stations now available, charging up is becoming very straightforward.”

The SMMT also welcomed the rise in zero-emission vehicle demand but said that it still lags behind ambitious government targets, making it clear that much more needs to be done, and quickly, to address consumer concerns over cost and infrastructure.

Mike Hawes, SMMT chief executive, said: “These figures also show the scale of the challenge ahead. It’s a long Road to Zero and while manufacturers can deliver the technology, they can’t dictate the pace of uptake. To support a smooth transition and deliver environmental gains now, we need a long-term government commitment to measures that give consumers confidence to invest in the latest technologies that best suit their needs.”

Deloitte also commented on the figures, with UK automotive lead Michael Woodward saying that while the 1.6% decline in overall August registrations showed the market was more stable than expected, there were potential headwinds.

He added: “The value of the pound against the euro has fallen by 16% over the past three years, including a decline of 5% in the last six months. So far, the consumer has been shielded from price rises associated with currency fluctuation, but if the pound continues to decline, manufacturers may be forced to pass on the costs to consumers. If they do this at a time of surplus stock in used cars, this could put a huge dent in demand.”