Fleet managers keener than ever on sustainability despite COVID-19 impacts, says Lex Autolease

Two-thirds of fleet managers who responded to a poll by Lex Autolease said that sustainability remains as important to their business as it was before the coronavirus outbreak. 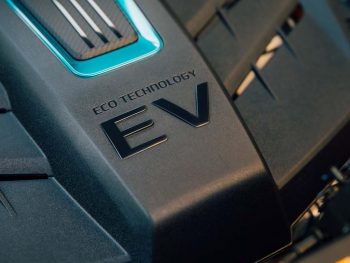 The importance of sustainability for fleets has increased rather than declined during COVID-19, while cash flow remains the first concern amongst fleet managers for now

The poll, held at the first event of a new virtual series and hosted by the Lex Autolease’s consultancy team also found the remainder of respondents said the importance of sustainability had actually risen during the COVID-19 outbreak.

Attendees were polled throughout the sessions, which saw a quarter of respondents reveal that managing cash flow is the immediate priority for their business in the current environment, with three-quarters saying they plan to update their fleet policies in the next three to six months because of the impact of COVID-19.

Ashley Barnett, head of fleet consultancy at Lex Autolease, commented: “Guiding fleets through these unprecedented times is our priority – understanding what’s keeping them up at night and tailoring our solutions to suit. First and foremost, a clear picture of driver activity is needed, which is where data comes in.

“Understanding exactly where you’re incurring costs means that in the immediate term, you can look at whether you’re making full use of what you’re paying for and identify opportunities to increase cashflow.  Longer-term, you can assess whether you have the most cost-effective mix of fuel types on fleet, and work out where sustainable vehicle technology has a role to play.

“Making the transition to low and zero-emission vehicles is an effective way to reduce national insurance costs and bring down fuel expenses, alongside other elements of whole life cost.”

More than nine in 10 poll respondents said they were aware of the positive impact that changes to Benefit-in-Kind for EVs could have on their business and employees. Lex Autolease proposed that those attending the virtual events were better informed than indicated by a recent survey from Go Ultra Low, which revealed 32% of fleet managers did not know that EVs attract no Benefit-in Kind in the current tax year and 1% next year.

Ashley Barnett added: “The often-mentioned barriers to EV adoption, such as range, access to charging and product availability, are slowly eroding. We recommend starting the transition to EVs with drivers who cover fewer than 20,000 miles per annum, but as charging infrastructure and battery technology are improving all the time, EVs are fast becoming viable for the majority of users.

“While the upfront cost of an EV can be higher than for a petrol or diesel equivalent, the savings that can be achieved during its lifetime can make it cheaper overall. It was interesting to see that almost half of those who responded to the polls during our events still don’t operate a whole life cost policy, which is an important first step on the Road to Zero. We recommend capturing costs such as rental spend, maintenance, fuel and national insurance to help with budgeting and financial performance – now and in the future.”

In recent months, Lex Autolease has supported nearly 200 fleet customers in taking payment holidays to support their cashflow position during the pandemic.

Some of the other key short-term measures outlined during the events, designed to help fleet decision makers improve cashflow, were focused around fuel, including removing Private Fuel as a benefit – which can be done straight away – auditing expenses, reviewing reimbursement rates and restricting fuel card use.

Almost half of poll respondents said they still offer free or private fuel as a benefit, which can be an expensive option for both the business and the employee. Analysis from Lex Autolease has shown that drivers would need to undertake around 25,000 miles per annum for free or private fuel to be a benefit. Removing it can save thousands of pounds for both parties, and does not necessarily mean moving away from fuel cards.

The Managing a Fleet in Challenging Times event series will continue throughout the rest of the year.  For more information, contact [email protected]