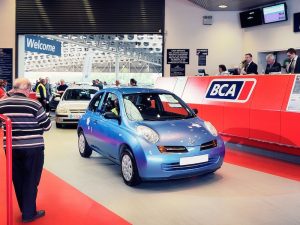 Values in the fleet and lease sector climbed by £225 (2.3%) in August compared to July, to reach the third highest point on record. Retained value against original MRP (Manufacturers Retail Price) improved to 41.7% in August from 41.1% in July. Year on year values were up by £242 (2.5%), with age falling by one month and mileage down by 2,000.

Simon Henstock, BCA chief operating officer UK Remarketing, commented: “Prices have improved as inventory has dropped and conversion rates have risen with first time sales – which are critical to churn – also improving. Reports from managers across BCA’s 23 strong network also bear this out, with both car and LCV sales performing strongly, despite being at the height of the summer holiday season.”

He added: “Our Pulse report for July saw a steady marketplace with the average values at record levels and August has improved on that performance. It has been a strong month with good levels of demand and with the September plate change nearly upon us, we can expect the markets to be very busy indeed over the coming weeks.”

Following recent claims by Glass’s that vendors are distorting the market by “hanging onto vehicles” , Henstock also commented: “BCA works closely with both vendors and buyers to ensure vehicles are sensibly priced to meet market expectations. Appraising and valuing vehicles accurately is critical to success and we consistently put that message into the marketplace. Current performance suggests that vendors are in tune with market expectations as prices have firmed and churn has improved. In fact, the conversion rate at BCA nationally rose to 85% in the last week of August, suggesting there was plenty of confidence amongst buyers.”