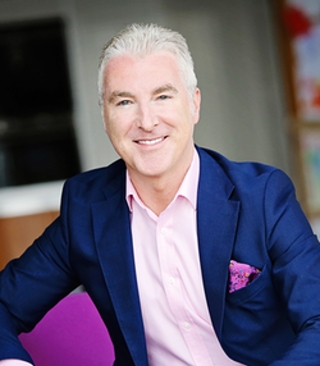 After starting and growing two successful fleet businesses from the ground up in the last 10 years, entrepreneur and CEO of Fleetondemand Justin Whitston believes the lack of an eco system for start ups and disruptive business models is putting the fleet industry at risk of falling behind other sectors and preventing it from benefitting from such a culture.

"Other sectors have developed a successful start-up and disruptive culture, most notably Travel and Fintech," said Whitston. "You only have to look at the scalability of companies from start-up to market leader in a very short space of time. In Travel, areas such as metasearch and trip planning rapidly emerged along with sharing economy business models which have driven innovation and created new and highly successful market leading businesses."

"As an example Airbnb took a small $20,000 raise from the famous US incubator Y Combinator followed by a $600,000 raise from Sequoia Capital. A mere drop in the ocean to today's multi billion valuation.  A big exception to the rule maybe but it benefited from a great eco system all the way. In the financial sector, crowd funding and peer to peer lending show similar levels of innovation, however looking across the fleet landscape I don’t see similar developments. Where are our tech disrupters and innovative new business models."

Whitston believes that leading vehicle hire companies are beginning to shift, with a raft of acquisitions offering a twist on the conventional rental model alongside incubator funded entities and micro acquisitions. He still believes there is a long way to go however.

Whitston said: "Setting up a splinter office for new ideas and innovation is often the best way to drive this culture in a large organisation."

He believes a further driver in the UK fleet sector is access to capital. "Early stage backing is concentrated in London but typically the UK is clustered together with other EU countries. The European start-up scene is often compared to Silicon Valley.

"We need a combination of more risk capital alongside incubator technology. This could then further drive the start up eco system. The UK sector has become one of the most sophisticated in the world yet we are behind in start-up innovation," said Whitston.

"I've been discussing with several leading fleet CEOs the concept of a 'Fleet Founders Fund' which, together with private equity, will drive these developments and the ability for smaller players to scale quicker.

"Such a fund could work alongside growth capital and private equity to drive liquidity in the sector into the future. I believe there is a real appetite out there, which is very positive.

"The success of other sectors could be replicated in the fleet and rental sectors if we have access to funding, the right support, the right people and risk appetite. I know first hand that the barriers to entry in some parts of our industry are huge. This needs to be rectified to make it easier to create great new start-ups. We would also then start to see the benefits to existing players with a much more innovation-rich landscape.”