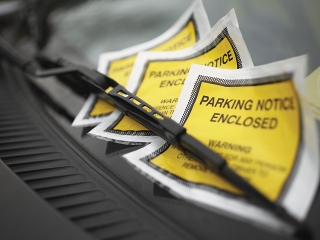 The data, compiled for Lex Autolease’s annual Company Driver Fines and Penalties survey from a fleet of 290,000 company vehicles, revealed that company drivers committed 20,525 more offences in 2014 compared to 2013, with the total number of offences increasing to 144,955.

Parking fines increased by almost a quarter (23%) to 58,089 last year, mirroring a trend seen amongst non-company drivers, and sparking further debate about whether the rise is due to greater enforcement from local authorities and private parking firms.

The number of company drivers caught committing endorsable offences such as speeding, driving dangerously, or driving whilst on a mobile phone increased by 16%, from 34,495 in 2013 to 40,001 last year. These offences are typically more serious in nature and can result in drivers receiving penalty points on their licence or a potential driving ban.

Guy Mason, head of fleet operations at Lex Autolease, said: ‘Businesses ought to be concerned by the increase in the total number of motoring offences, especially the rise in more serious infringements such as speeding and driving whilst on a mobile phone.

‘Company drivers are often under more pressure than ordinary motorists to complete each journey as quickly and efficiently as possible. Unfortunately the need to hit deadlines or attend meetings on time can sometimes lead to poor behaviour on the road.’

Mason added: ‘With new smart technology motorway speeding cameras expected to be rolled out later this year, company drivers may incur additional fines and penalties unless they change their driving behaviour.

‘The onus for changing poor driving habits rests with individual drivers and businesses. Company owners and fleet managers need to ensure they have robust driver training procedures in place to help eradicate behaviour that results in motoring fines and penalties.’