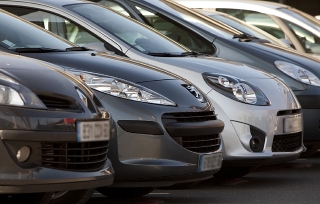 Newly released figures from the Society of Motor Manufacturers and Traders (SMMT) show that the UK new car market grew in February for the 36th consecutive month – a record growth period – despite traditionally being one of the quietest months of the year.

Mike Hawes, SMMT chief executive, said, "Three years of continuous growth in the new car market is remarkable and reflects the strong upturn in the confidence of UK car buyers since the recession. "Registrations of fleet and business cars have outpaced the private market in February, reflecting the increased business confidence across the UK. With most fleet car buyers on a three-year replacement cycle, many of those cars purchased at the beginning of the current growth period are now due for replacement. Over the course of 2015, however, we are expecting a more stable market to emerge given there has already been an extended period of consistent growth."

David Raistrick, UK automotive leader at Deloitte, commented: “The run of monthly comparative growth began back in March 2012 and has now reached three years without, on the surface, any immediate signs of coming to an end. However, there was an indication in January that, whilst the total new car sales maintained the trend, the momentum provided by the private consumer may be running out of steam.  Indeed, the 5.1% fall in sales was the first comparative monthly fall since October 2012 and taken with today’s figures, it suggests that 2015 will require a boost from the business and fleet sector to maintain the good news story.

“The continued rise of salary sacrifice schemes plays a part here and is one of the primary growth areas in the fleet sector. Ever-increasing numbers of employees opting to take a new vehicle rather than purchasing a replacement car from the used car market.

“This year also has seen significant new model announcements from major manufacturers which may have persuaded those private buyers to delay until the launch of the 2015 version of their preferred vehicle. The effect of the forthcoming election also cannot be underestimated as this will be in the consumer’s mind, much as it is within the business community, with any uncertainty potentially leading to buying decisions being put on hold.

“Finally, whilst it must be remembered that total new vehicle registrations cannot keep increasing forever, the current level is a strong indicator of a very healthy sector. Flat, or even slightly negative, growth for the year as a whole should not be a cause for concern and is still a positive result for 2015. The UK new car market has, for the past three years, acted as a barometer for the recovery of the UK economy and consumer confidence. It appears that the business and fleet sector may be the key to this being maintained.”