The used car market remains in good health, with both overall and fleet and lease average values at BCA remaining at near-record levels in May. 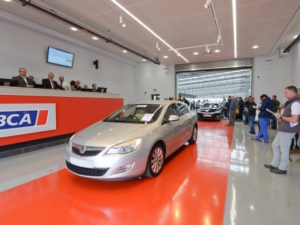 Average fleet & lease values slipped by 1.5% (£174) to £10,963 from April’s record value of £11,137 but were still marked out as the third highest on record. Retained value against original MRP (Manufacturers Retail Price) fell by half a percentage point to 43.54%.  Year-on-year values were up by 4.9% (£517), with age rising and mileage declining, although both by small margins.

Commenting on the strength of the market, Stuart Pearson, BCA COO UK remarketing, said: “Professional buyers have continued to compete strongly for good quality used car stock, a pattern that reflects the high levels of retail demand that dealers have been reporting throughout this year. The seasonal dip that is often felt at this time of year hasn’t been so significant and the strong demand has driven conversion rates, meaning stock is churning quickly which is good for buyers and sellers alike.”