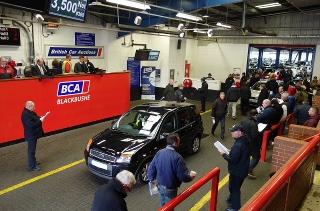 The latest Pulse report shows that fleet & lease cars averaged £9,673 in February, a rise of £195 (2.0%) compared to January and the highest monthly value on record. Average age and mileage were broadly static over the month, while retained value against original MRP (Manufacturers Retail Price) improved by a point to 42.26%. Average values were up by £482 (5.2%) compared to February 2014 with a near half point rise in performance against CAP Clean.

Simon Henstock, BCA’s UK operations director, commented: “Levels of trade were steady during February, with plenty of interest in retail ready cars, but buyers were rather more wary of poorer condition vehicles. With a greater volume of stock expected to reach the marketplace in 2015, buyers have a lot more choice and vehicles requiring repair and refurbishment need to be sensibly valued to compete. For cars with cosmetic damage, SMART repairs are a cost effective option for sellers, meaning their vehicles can be quickly processed and presented in the best possible condition.”

“Looking ahead, most commentators are expecting a strong March for new car sales and, as every new car sale typically generates a chain of used car activity, there will be greater volumes from fleet and contract hire sources as well as increasing numbers of dealer part-exchange vehicles. This could impact on residual values in the weeks ahead and BCA is recommending that volume vendors appraise their sale stock closely to ensure it is valued in line with market expectations.”

Henstock added: “In addition, the Easter break and the spring Bank Holiday are nearly upon us and the dynamics of the wholesale market are likely to change over the coming weeks. Retail demand typically softens post-Easter as the focus turns towards the summer holiday rather than changing the family car. The General Election also begins to loom large on the horizon, and we should expect a little uncertainty in the wholesale markets in the run up to May 7th. From the dealer’s perspective, now is a great time to appraise any over age stock and get it sold, rather than chasing the market in a few weeks time if values soften.”