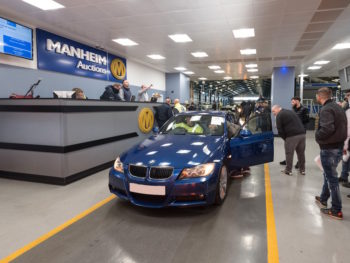 The used vehicle market held steady in the traditionally quiet month of August, with stable demand in the wholesale market

Data from Manheim parent Cox Automotive shows average AFV values rose 13.1% year-on-year in August to £12,321, up for the sixth month running; a sign of dealer and consumer interest in the vehicles.

Philip Nothard, Cox’s customer insight and strategy director – cars, said: “Earlier this year we commented on the fact that low diesel sales in the new car market have started to impact volumes in the wholesale market.

“The proportion of one to three year-old diesel vehicles at auction is falling, and this will naturally affect the average price. That said, a used diesel is still the best choice for many consumers, and good condition diesel vehicles continue to sell well at auction.”

“In fact, average values were stable across the month, and a lower guide price on many vehicles stimulated demand in the wholesale market, generating strong conversion rates across the month.”

In the retail arena, dealer sentiment suggested a stable market across the month. In the latest dealer sentiment survey from Modix, Cox Automotive’s digital marketing business, 65% of dealers reported that consumer demand was the same or better than August 2018.

Nothard added that in the used market, longer new car lead times drove transactions in August as some customers opted for a nearly new option rather than wait, and this trend is likely to continue in September.

He continued: “From a fleet perspective, greater clarity on taxation has encouraged more new car orders, and it’s likely that new fleet registrations will begin to pick up over the coming months as these vehicles are delivered.

“In the meantime, demand for high quality ex-fleet stock is strong, and while prices are likely to remain fairly flat, we believe that we will continue to see good conversion rates through September and beyond.”