Five things to know about the new drug driving laws

By Katie Beck / 6 years ago / Features / No Comments 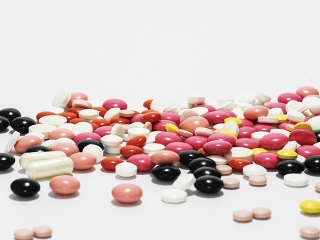 Why has drug driving legislation been updated?

Road safety campaigners have long lobbied for updates to the law, claiming that the official statistic of 36 deaths a year caused by drug driving could in reality be closer to 200 due to exploitation of legal loopholes in the outdated legislation.

What constitutes drug driving under the new law?

The legal limits for driving under the influence of illegal drugs are now extremely low – taking even a very small amount of an illegal drug will put the driver over the limit for up to 36 hours. Cannabis, cocaine, heroin, ecstasy, LSD, ketamine, benzoylecgonine (crack cocaine) and methylamphetamine (speed) are all covered by the new drug driving legislation.

The new drug driving offence will work alongside the existing offence of driving whilst impaired through drink or drugs.

What about prescribed medication?

Nine prescription drugs now have legal limits set per litre of blood (µg/L).Drivers using them within recommended amounts will not be penalised, but those detected with above legal limits in their system will be prosecuted. Above these set limits, the law deems the driver to be impaired and unfit to drive.

Patients are advised to consult their doctor if they are concerned about their ability to drive on their prescribed dosage and to carry proof of using medicinal drugs in case of being stopped by police.

How will drug driving be detected?

Police will be able to use ‘drugalysers’, which work in a similar way to breathalysers, to screen for cannabis and cocaine use at the roadside. Officers will also be able to test for other drugs at a police station using a urine sample, even if a driver passes the roadside check.

Urine or blood samples will need to be sent away for laboratory tests to screen for traces of the other drugs. New devices that can test for a greater number of drugs at the roadside are currently under development.

What are the penalties for drug driving?

Convicted drivers will receive a minimum one-year ban and a criminal record, and could face a fine of up to £5,000 and six months in prison. Their driving licence will also carry details of the conviction for 11 years. The penalty for causing death by dangerous driving under the influence of drugs is up to 14 years in prison.

What impact will it have on fleets?

It is a duty of care requirement for organisations to educate employees on the dangers of drug driving and the consequences of breaking the law.

“ACFO would recommend that all vehicle and driver handbooks are updated accordingly and drivers are informed of the regulations through a range of communication channels such as email bulletins and newsletters,” advises John Pryor, ACFO chairman.

“Fleet managers must also make clear that the regulations cover the use of illegal and legal drugs. Illegal drug use – just like the use of hand-held mobile phones – should not be tolerated in any shape or form. Employers should take all necessary steps within their policies and procedures so that drivers have clear company guide lines and advise on the prescription drugs covered by the legislation.”