Five stand-out features for fleets on the new Audi A8

Audi has revealed its fourth-generation A8, which will debut a large number of high-tech developments for fleets when it goes on sale in September. We look at the main highlights. 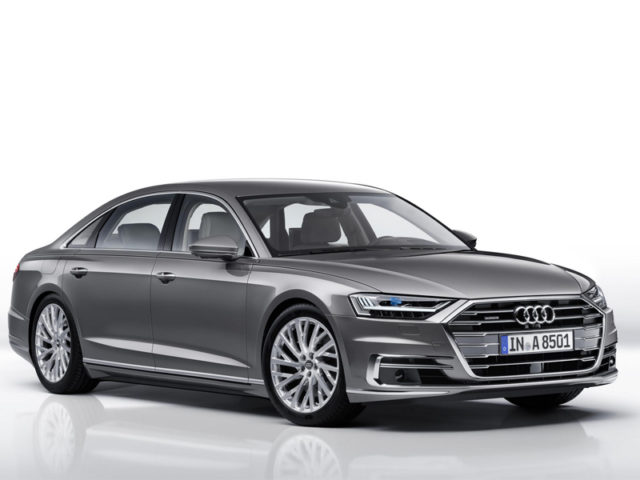 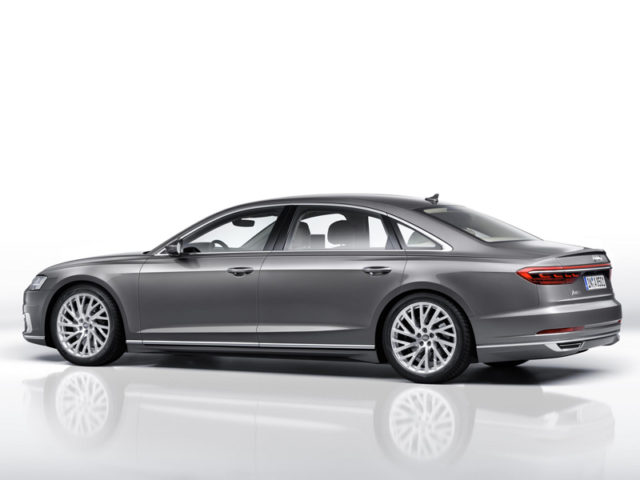 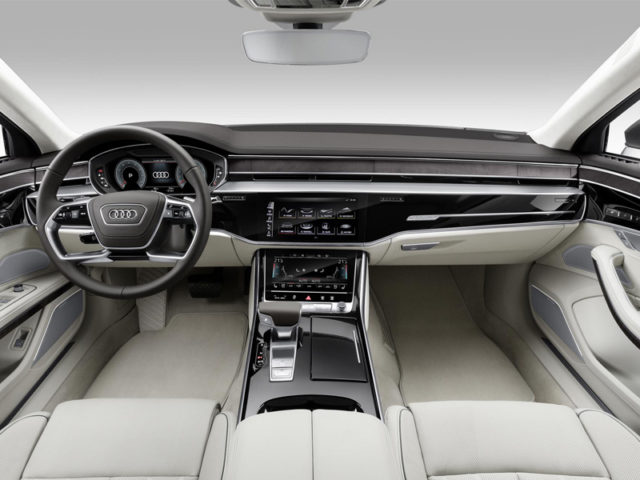 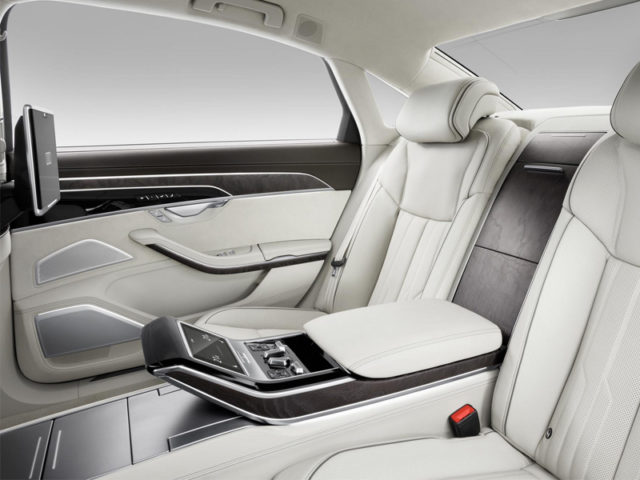 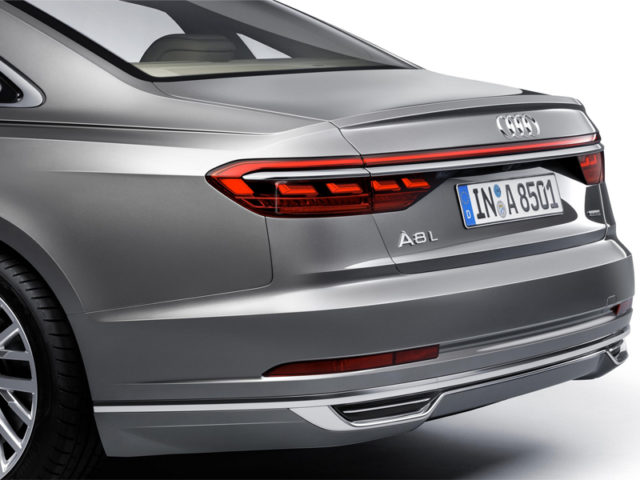 First plug-in hybrid A8 could bring emissions from 50g/km

Due for launch from late 2017, Audi’s new luxury flagship – which is again available with a choice of two wheelbases – will gain its first plug-in hybrid next year. Marked out as the brand’s third plug-in hybrid, the A8 L e-tron quattro will marry up a 3.0-litre TFSI petrol engine and electric motor, which can produce a combined 443bhp and sprint to 62mph in 4.9 seconds, or enable the long-wheelbase luxury saloon to travel 31 miles on electricity, at up to 83.9mph.

Pricing, fuel consumption and CO2 emissions information have not been revealed yet but it’s expected to offer around 50g/km in line with its BMW 7 Series and Mercedes-Benz S-Class rivals.

From launch however the A8 will offer a 335bhp 3.0-litre TFSI petrol and a 264bhp 3.0-litre TDI diesel, with a 429bhp 4.0-litre TDI and 6.0-litre W12 to arrive later. Mild hybrid tech is standard-fit across the petrol and diesel line-up with a 48V electrical system bringing features including coasting with the engine off, an extended start/stop function and energy recovery under braking. Eight-speed automatic gearboxes are standard along with quattro permanent all-wheel drive with an optional sport differential.

Advanced autonomous tech means drivers can put their feet up

The new A8 will introduce a number of new autonomous driving features, including Audi’s AI traffic jam pilot system.

The level 3 autonomous technology – which uses cameras, radar and laser sensors – can drive the car, including starting, accelerating, steering and braking, at speeds up to 37mph on major roads where a physical barrier separates the two carriageways, with the driver not even required to monitor the car. However the introduction of technology in each market is subject to clarification of the local legislation as well as approval procedures.

The A8 will also offer remote parking and garage pilot features to autonomously steer in and out of parking spaces and garages, with the driver able to monitor the manoeuvre remotely using the myAudi app.

New camera-linked adaptive suspension to iron out all the bumps

Also debuting on the A8 is a new active electromechanical suspension system, which drives each wheel individually in line with the prevailing road conditions. The optional technology is based on the 48-volt electrical system and uses camera technology linked to individual electric motors for each wheel and actively adjust the suspension to react to any forthcoming bumps in milliseconds. Audi says it provides a more finely differentiated balance than ever before. Selected models will also introduce all-wheel steering.

Intended to provide more intuitive use, a new 10-inch touchscreen display will replace the pushbutton and touchpad of the predecessor model on the instrument panel, along with a second touchscreen display on the centre tunnel console for heating and ventilation.

And increased space and luxury for passengers

Both the standard and long-wheelbase versions are longer than the outgoing model, bringing increased space for occupants, including extra legroom for rear passengers.

New luxury-focused features include an optional relaxation seat in the A8 L with four different adjustment options and a footrest, new comfort head restraints, a separate operating unit for the phone and electrically opening and closing shutters on the air vents.The new Audi A8 and A8 L are available to order in the UK from September, with first deliveries due late 2017. Pricing will be confirmed closer to the launch.