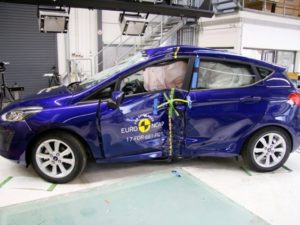 Opel’s all-electric Ampera-e – not currently destined for the UK – achieved four stars while the Kia Picanto and Rio were rated as three stars with standard safety equipment, but four and five stars respectively when tested with optional safety packs.

Michiel van Ratingen, secretary general of Euro NCAP, commented: “Euro NCAP is pushing for the fitment of advanced technologies and manufacturers have responded well, with AEB now commonplace on most new cars.

“However, they should not forget the basics of occupant protection in case of a crash. All occupants deserve to be equally well protected, whether they’re an adult driver or a child seated in the rear. The adoption of a 10-year-old child dummy in our test last year allows us to highlight areas for improvement, even in five star cars.”