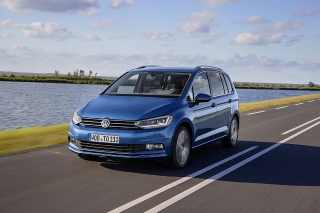 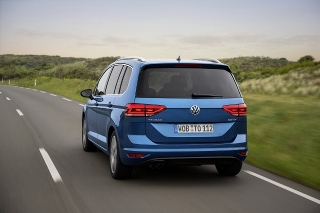 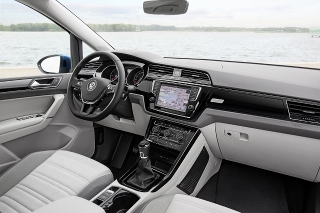 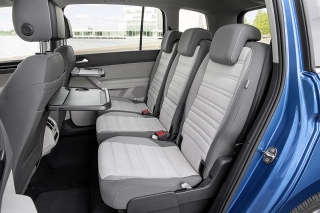 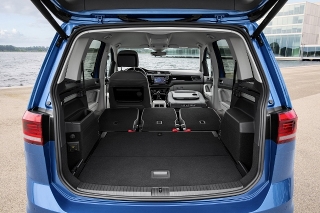 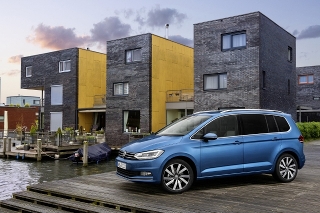 You can tell a lot about a car’s target audience from the options list. For Volkswagen, building on the success of the first-generation Touran, now retiring after a 12-year lifespan, has meant incorporating some very clever technology to make the mundane bits of family life a little easier.

Available to order from September, the brand’s mid-size MPV now uses the same modular platform as the new Golf. This means it’s lighter than its predecessor, despite being larger overall and 113mm longer in wheelbase. Since this sector sells on space and versatility, the resulting 63mm extra cabin length is a useful asset.

All UK cars get seven seats, its larger interior offering extra legroom in the second and third rows, and the middle row seats slide individually 200mm fore or aft. There are five ISOFIX points in the back, with enough width for three child seats across the middle row, and seven adults can just about fit inside by sharing the legroom in the back.

Storage is plentiful, too, with up to 47 cubby holes dotted around the cabin, some large enough to carry big bottles of fizzy drink, others existing mainly to conceal small toys, old parking tickets and the decaying remnants of Happy Meals. Folding the two rear rows, and the passenger seat on SE versions and above, enables it to be packed to the roofline when needed.

Yet it doesn’t feel like a van. The outgoing car had felt a little dated of late, but the new cabin is closer in design to the Golf hatchback than the Golf SV or Sharan. It’s full of the typical piano black panels, solid switchgear and high-quality soft-touch plastics, neatly concealing the lids of its myriad cubby holes, cupholders and blinds. Given that high-spec Tourans have to compete with premium MPVs from BMW and Mercedes-Benz, this is no bad thing.

The infotainment system is shared with the Golf, but with a couple of unique features. Live images of children fighting in the back can be streamed from a GoPro camera to the screen on the dashboard and, via the Bluetooth microphone, parents are amplified through the speakers in the middle row. Useful technology for keeping the family in line on long journeys.

Volkswagen has also bundled the clunky MirrorLink setup and the excellent Android Auto and Apple CarPlay software, which means apps and phone functions can be controlled on screen. So while built-in navigation is only standard on SE Family and SE-L trims, all Tourans can use Google Maps or Apple Maps on the central touch screen.

Volkswagen reckons 90% of UK cars will be diesel-powered, with the majority opting for the 108bhp 1.6-litre engine followed by the 148bhp 2.0-litre. Both are uncharacteristically gruff in the Touran, even compared to the Golf SV, but it rides well at high and low speeds and road and wind noise are otherwise well suppressed.

There are some fantastic options in this segment, despite the ongoing migration to crossovers. With functionality and an increase of Golf aesthetics on its side, the Touran is one of them.

Building on the best points of the old car can do the Touran no harm, but the lack of a sub-100g/km version seems out of sync with this segment’s latest models.