By Mark Nichol / 5 years ago / Road Tests / No Comments 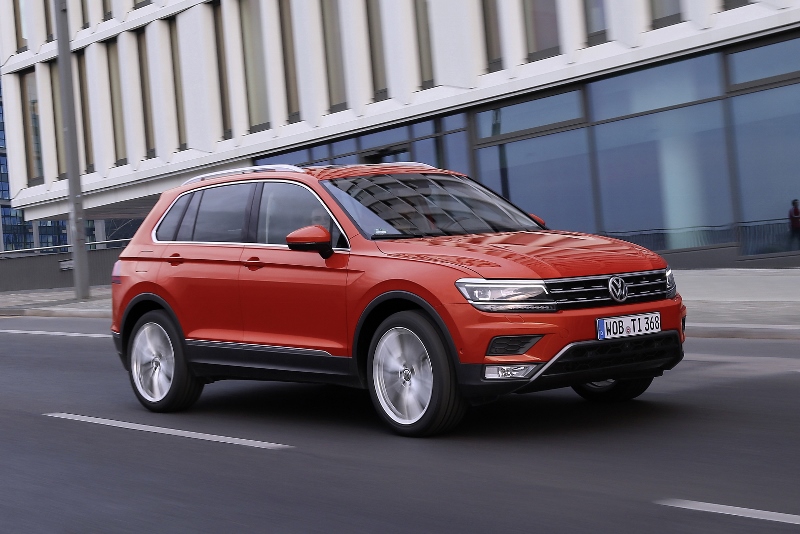 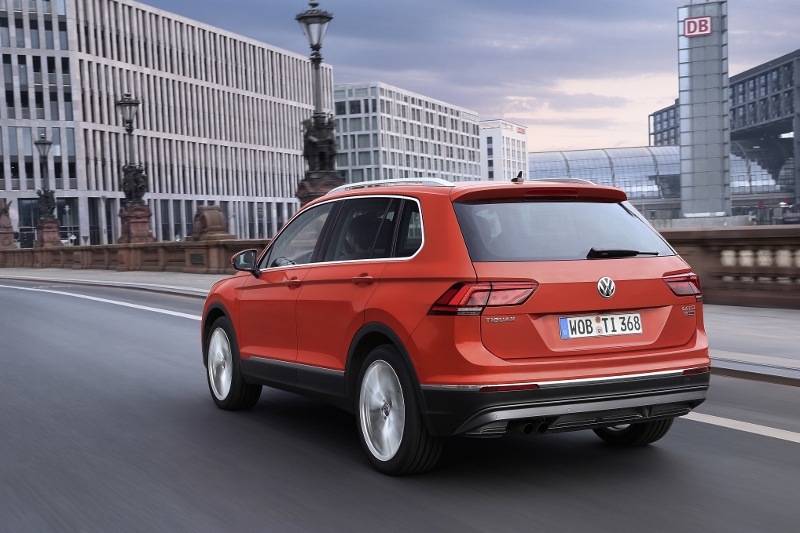 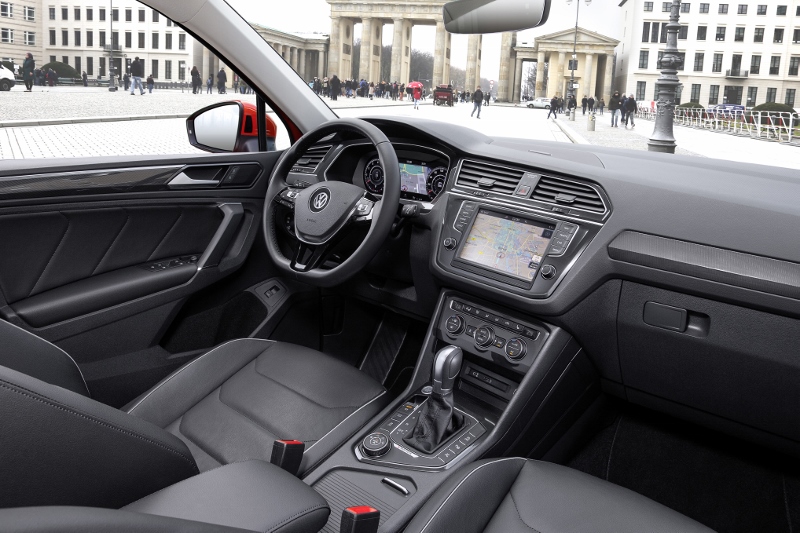 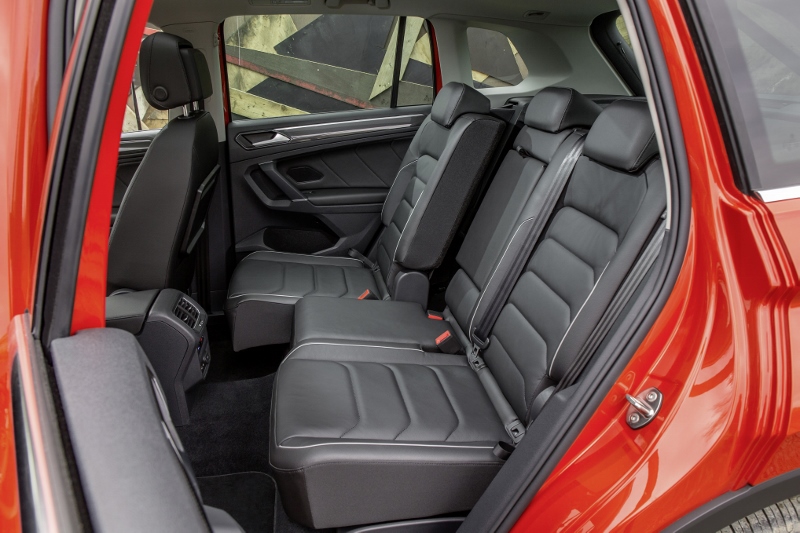 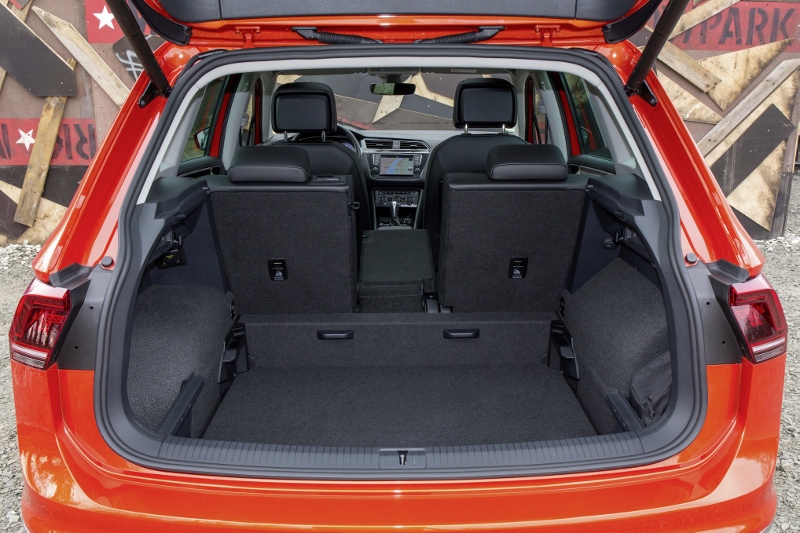 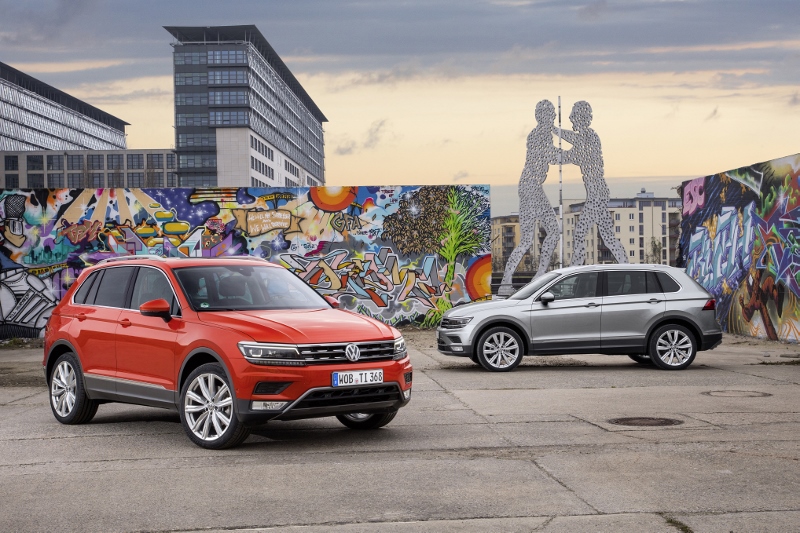 The Tiguan is a chunky big box, has a hatchback, perches the occupants above most other road users, and can tackle a muddy field but will probably never be required to go there. So far, so SUV. By “redefine” then, Volkswagen must mean “make it a crossover”. In that case, job done.

Base models come with front-wheel drive, while if you want a proper off-road experience (to re-redefine your crossover as an SUV) you’ll need to specify both 4Motion four-wheel drive and tick a £350 option that changes the bumpers to prevent moderately steep embankments tearing them off.

Whatever the definition, the Tiguan is mesmerisingly competent. Every element of the car is imbued with perfunctory excellence: squishy top-level plastics, a huge 615-litre boot, a touchscreen infotainment setup of unrivalled clarity, a perfect driving position, a manual gearbox that’s all at once light and substantial, and ride quality that nearly always sits nicely in the space between roly-poly comfort and fidgety sportiness. No quirk, no controversy.

There are only two engine choices to start with: a 2.0-litre four-cylinder TDI turbo diesel with 148bhp and a 2.0-litre TSI turbo petrol with 178bhp. A 1.4-litre petrol will come later this year, and then a more powerful diesel or two.

But it’s the 148bhp diesel that most Tiguans will end up with regardless of how far the range eventually expands, registering 125g/km to 149g/km CO2 depending on whether yours is front-wheel drive, four-wheel drive, six-speed manual or seven-speed DSG automatic.

At its best that means 58.9mpg, which is impressive particularly given the relative pace it offers (9.3 seconds to 62mph, but it feels quicker), the quiet with which it generally goes about its business, and the size of the re-defined SUV it’s lugging about.

The the basic S model is all you really need of the five trim levels, comprising S, SE, SE Nav, SEL and R-Line. But as usual the line-up is arranged so as to prompt you as far up the food chain as possible – fully-fledged navigation is a £2,275 option in S models, designed to prompt an “I might as well jump to SE Nav” response.

To own a truly premium-feeling Tiguan – a Tiguan with leather seats, an automatic gearbox, adaptable suspension, 4Motion four-wheel drive and a fully digital instrument display (an answer to Audi’s Virtual Cockpit) – requires pushing the financial envelope from the £27,290 of an SE to an area well into the mid-thirties. Step in new SEAT Ateca. Granted, the (very slightly smaller) Ateca can’t bestow you with a virtual cockpit, but it is virtually the same car – same platform, engines, drivetrains and myriad parts – and yet an Ateca 2.0-lite TDI SE costs just £22,930.

And therein lies the problem. The Tiguan is excellent, but some might argue the pricing makes it the fool’s Ateca. And that’s before the new Skoda Yeti arrives.

A beautiful, if characterless, example of a mid-sized crossover SUV – an impeccable blend of space, comfort, quality and efficiency, and probably the best on the market.