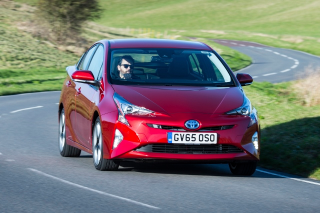 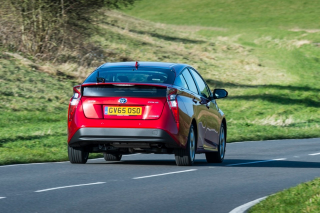 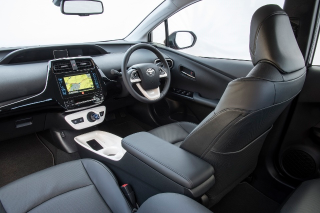 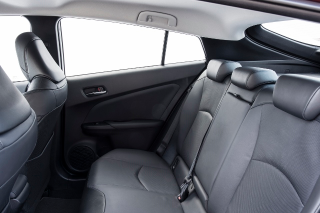 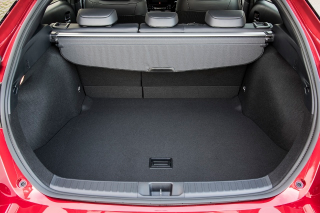 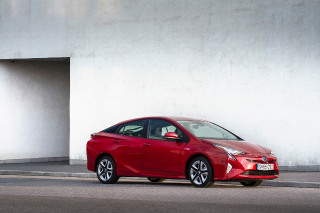 Arguably launched before its time, the first Prius was a 20th Century solution to 21st Century problems. Years before legislation twisted the arms of other brands, it gave Toyota a platform to lead on CO2 figures and air quality, and it’s spearheaded big changes.

While others relied on diesel, hybrid is a core technology for Toyota and Lexus. The two brands accounted for almost 90% of last year’s 44,580 hybrid registrations in the UK, offering the technology in everything from superminis to luxury SUVs. Since the oddball first-generation Prius, hybrids have become a normal part of the range.

But the Prius has slipped into the sidelines. Peaking at over 10,000 UK sales in 2010, only 3,361, plus a few hundred plug-in versions, were registered last year, while the Yaris and Auris took the top spots. Toyota appears to be comfortable with that, now showcasing its spearhead hybrid in a swooping, sharply-creased, futuristic body. It’s not targeting large volumes, and makes no effort to blend in.

The drivetrain is an evolution of the outgoing car. Its 1.8-litre petrol engine warms up faster and is industry-leading in its ability to avoid wasting energy as heat, the two electric motor-generators are smaller and lighter and weight has been shed from all of the hybrid system to avoid intruding on cabin space.

But the big difference is the way they’re used. Although slightly less powerful than before, the drivetrain leans on electric power as much as possible. Throttle responses are sharper, the engine is quieter and less prone to droning under load, and it can coast at up to 68mph just using electricity. It’s become much easier to keep the petrol engine from whirring into life, and in turn the Prius is effortlessly thrifty on the motorway as well in its urban comfort zone.

Toyota has also acknowledged its shortcomings as a driver’s car. It’s the first on a new modular platform, with a much stiffer structure, a lower centre of gravity and a sportier seating position than before. Not enough to lure GT86 drivers out of their coupes, but the Prius feels much more like the D-segment car it’s claimed to be. Ride quality is supple, the controls reassuringly weighty, the cabin wraps around the driver and it feels far more sure-footed while cornering.

The cabin is radically different, with the swathes of hard, textured grey plastic replaced by colour displays, consistent fonts and phosphor blue illumination, accented with chrome and gloss. It’s still unmistakeably a Prius, but finally on par with rivals in terms of quality and design, only let down by a clunky navigation system.

Toyota reckons half of UK volume will be the entry-level Active trim, which comes equipped with dual-zone climate control, DAB radio and a selection of driver assistance technologies, but not the ‘soft-touch cabin’ listed on other trim levels.

With around three quarters going to fleets, two Business Edition versions can target user-choosers with their additional assistance and comfort features, but it’s only the more expensive of the two which gets navigation and parking sensors. The top two trim levels can be downgraded to 15-inch wheels, reducing the price by £400 and bringing it back to the headline 70g/km CO2 emissions.

And that’s really the point. The Prius is one of only two cars without a mains-rechargeable battery to emit less than 75g/km – the other is the much smaller Yaris Hybrid. It remains a showcase for hybrid technology, rather than a mass-market car in the UK, but beneath that striking exterior, perhaps the most remarkable quality is how normal it’s become to drive.

Effortlessly efficient and much better to drive, the pioneering Prius is continuing to set the standard for hybrids in the UK. A well-rounded alternative to the often-flaky real-world economy of a plug-in hybrid, for those who can live with the outlandish styling.