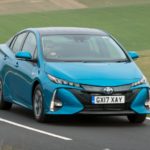 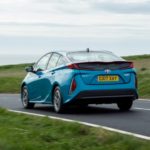 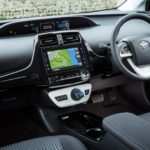 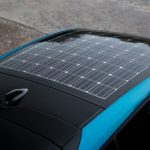 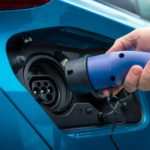 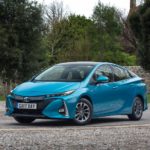 SECTOR Upper Medium PRICE: £29,195-£31,395 FUEL: 283mpg CO2: 22g/kmAs a pioneer of hybrids, Toyota knows better than most that arriving early isn’t easy. Launched back in 2012, the old Prius Plug-In Hybrid perhaps arrived too early to take advantage of growing market acceptance of PHEVs. And there’s a chance that this second generation could be on track to do something similar, but for different reasons.

That’s not due to bad technology. Far from it. As an early adopter, Toyota is blazing a trail, and the new Prius with its uncompromising focus on efficiency works brilliantly. It drives well, makes better use of its electric power even at motorway speeds, and returns staggeringly high fuel economy without relying on being plugged in.

Which makes a good base for a PHEV, particularly as some of the old car’s issues have been resolved. The battery capacity has doubled, to 8.8kWh or just under a third of the Nissan LEAF’s capacity, doubling the range to 31 miles. Once that range is exhausted, it reverts back to being a conventional Prius, albeit with an additional 150kg or so on board.

That driving experience will be familiar to anyone who’s driven the latest Prius. Lower, wider and significantly longer than the old one, it gliding lazily around like a big family car, with minimal interruption from the petrol engine except under heavy loads. Drive it gently, use the Eco mode, and over 70mpg is relatively easy to achieve – anything else is missing the point anyway.

There are compromises. Interior space is plentiful, but the battery is physically two thirds larger than in its predecessor and takes up a fifth of the boot volume, leaving a shallow load area behind. Toyota’s colour displays showing trip data and what’s happening under the bodyshell are useful, but the infotainment system feels dated and – though there’s a wireless phone charger – Apple CarPlay and Android Auto aren’t available.

It’s also relatively slow to charge, 65% taking two hours from a wallbox and with no rapid charging option to maximise efficiency on longer trips. There’s now a mode to charge the battery using the engine, with an obvious effect on fuel economy, but enabling drivers to save electric miles for inner-city use. That’s a far more useful feature than the solar roof, which, at 400 miles of extra range per year in the UK, is unlikely to make financial sense in a typical fleet lifecycle. Both trim levels – Business Edition Plus and the leather-trimmed Excel – include navigation and a suite of safety systems as standard.

But the big problem is what it’s up against. Though it’s an entirely different proposition, the Prius is likely to be compared to other similarly-priced PHEVs, which makes this a rival for more user-chooser friendly tax-efficient performance hybrids like the BMW 330e. This is unquestionably the right way to use plug-in technology, particularly with forthcoming low-emission zones in cities, but Toyota could have an uphill struggle against the more flexible, less outlandishly-styled alternatives.What We Think

Brilliant technology, rightly focused on minimising fuel consumption. But at this price, and with today’s buyers habits, it’s ahead of its time.