By Steve Moody / 6 years ago / Road Tests / No Comments 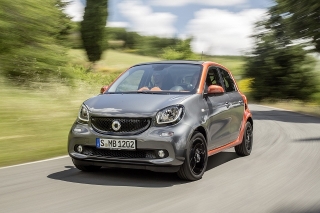 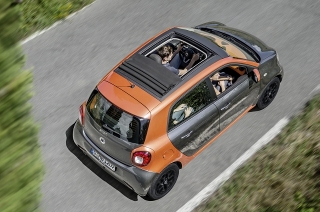 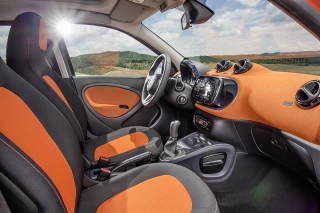 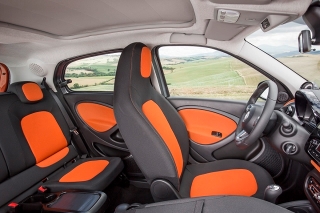 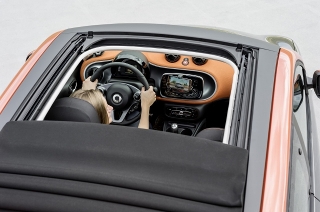 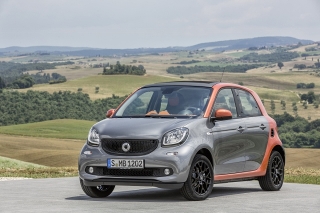 If you remember the last Smart ForFour, it was a collaboration with Mitsubishi that proved to be a lukewarm effort. After the innovation of the ForTwo it felt a bit like trying to cash in on the brand rather than a genuinely clever, more commodious Smart.

This new ForFour though, is a different propostion because instead of being an entirely different car, it is effectively a stretched ForTwo, or a rebadged Renault Twingo, depending on your point of view, as the two brands collaborated very closely in developing these cars. The result though is a city car that feels much more in keeping with the Smart way of doing things: cheeky yet thoughtful and fun yet practical.

The ForFour shares a lot with the Renault Twingo: platform, engines and most of the vehicle architecture. However, the Smart has a more adaptable interior – its rear bench folds into the area where the Twingo has an under-seat storage compartment, and the rear doors open to a wider 85-degree angle. With a folding passenger seat, it can take larger loads than you might expect.

But unlike the city cars from Peugeot, Citroën and Toyota, the ForFour and Twingo feel like very different propositions, which is quite a neat trick to have pulled off. Although there are elements that are similar, such as the ability to use the driver’s smartphone to display radio, sat nav and apps, most of the fixtures and fittings are bespoke to Smart and are finished to a higher level than in the Twingo.

That is not a criticism of the Renault, but more an observation that Smart is targeting a slightly different buyer – one who is more fashion-conscious perhaps, more affluent certainly, because entry level prices are some £2,000 higher than for the Renault.

That said, the ForFour comes with a lot of equipment as standard including 15-inch alloy wheels, climate control and the Smart audio system with Bluetooth connectivity. There are three model lines available: passion, prime and proxy, which boasts 16-inch alloy wheels, a panoramic glass roof, leather effect Artico and cloth upholstery, lane keeping assist and the Sports Package which includes suspension lowered by 10mm, interior upgrades and an exhaust finisher in chrome. So as city cars go, this is a pretty grandiose affair although whether this premium pricing, which takes it into supermini territory, will work is another thing. Do customers equate Smart with premium brands?

From launch the Forfour will feature the 71bhp engine and twinned with a manual gearbox returning up to 67.3mpg while emitting 97g/km of CO2, going on to a top speed of 94mph and boasting a turning circle of just 8.65m kerb-to-kerb. A 90bhp version, and the optional automatic gearbox, will follow.

Certainly it rides well and drives with enough zing for a city car, and the refinement levels are excellent. The light airy cabin makes the ForFour feel very spacious as well and the engineers have pulled off the neat trick of making the ForFour small yet upmarket.

Cleverly designed and well-conceived, but pricing is the biggest issue. With no budget model a huge swathe of the market has been ignored to target more affluent customers.