Can SEAT’s long-overdue crossover take on the best in its class? Alex Grant finds out. 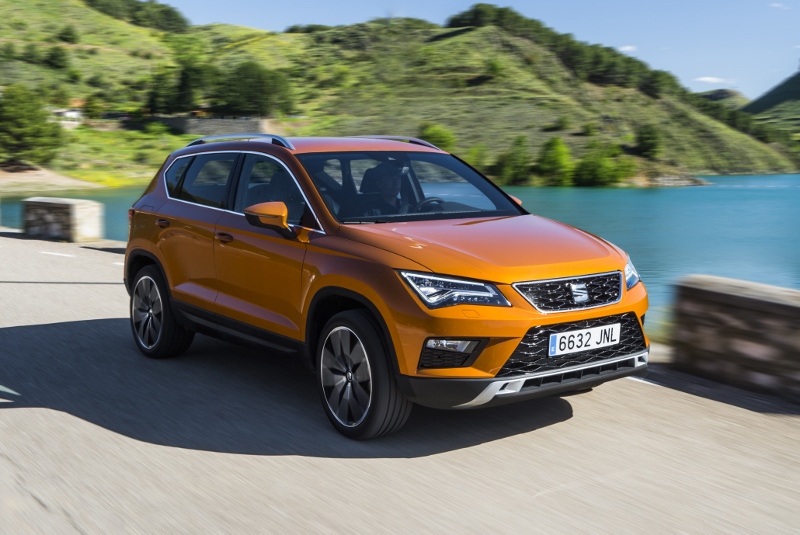 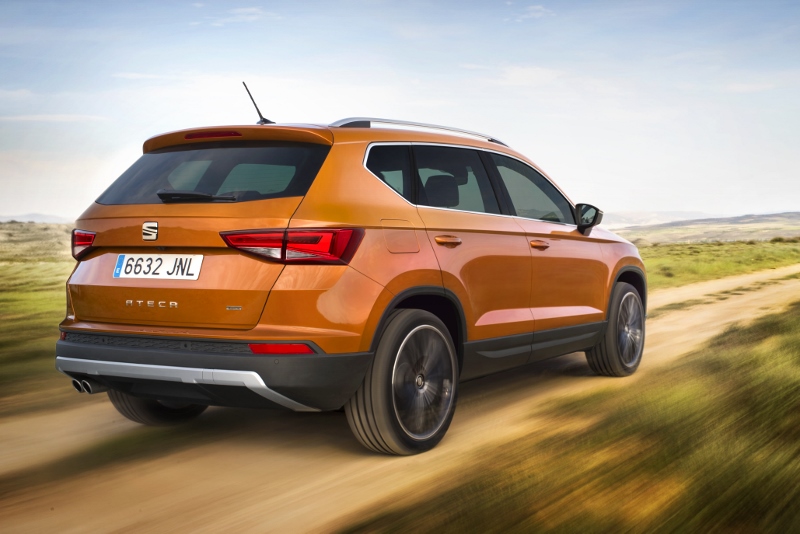 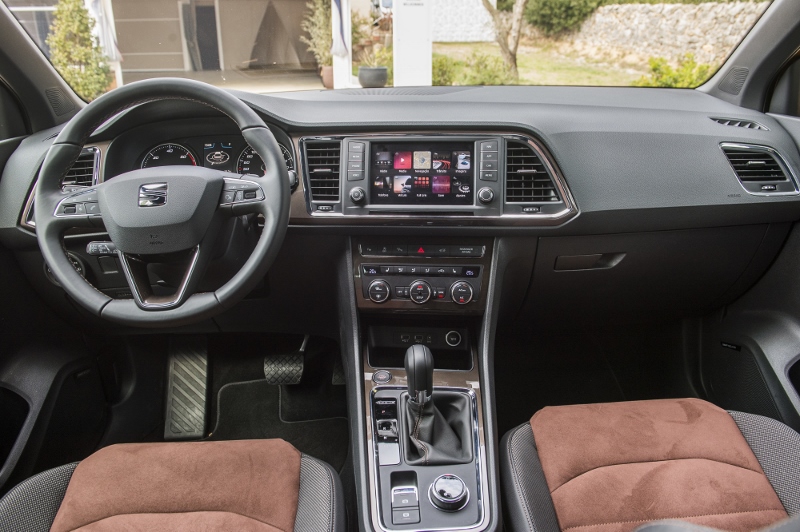 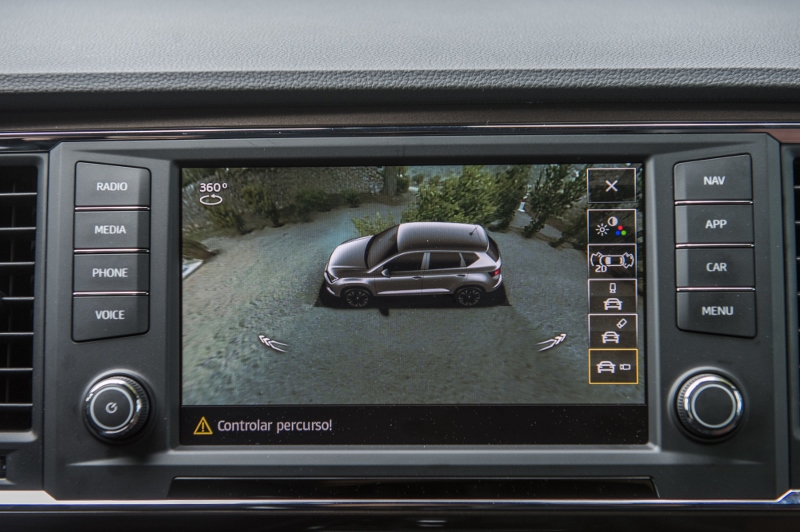 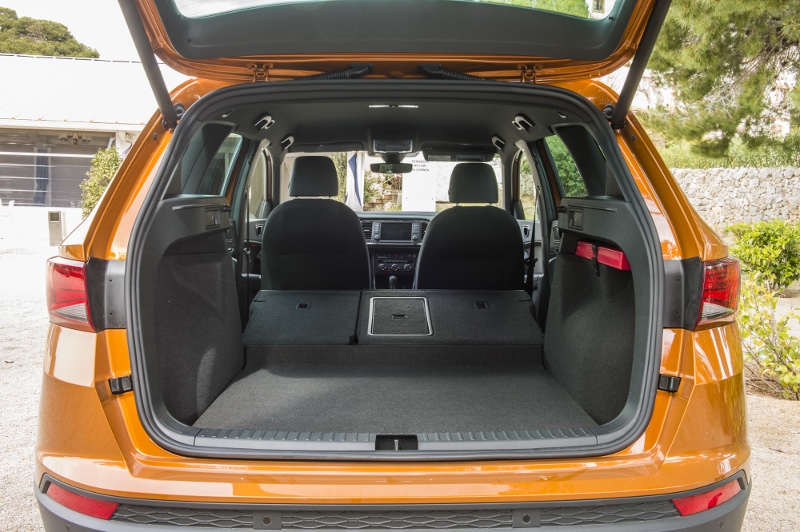 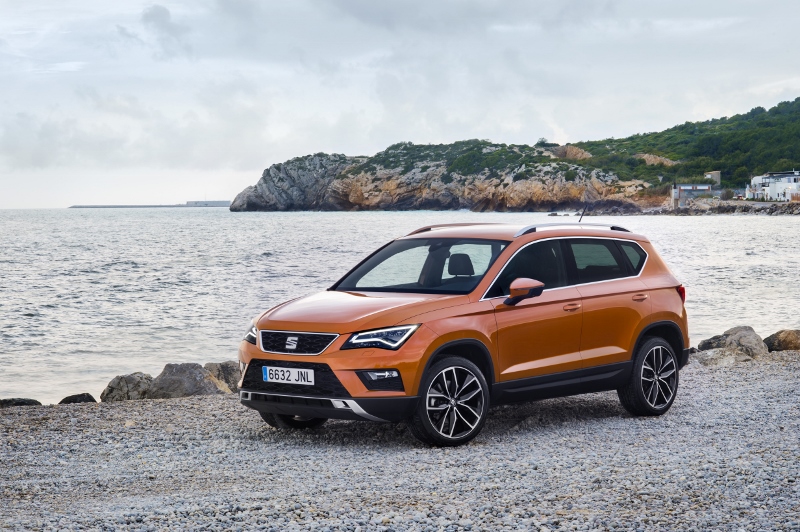 Changes are afoot at SEAT. Having spent its first three decades under Volkswagen Group rule defining itself with hot hatches, wild colours and low pricing, newly appointed president Luca De Meo is out to give the brand its own identity, and to find mainstream segments where it can compete credibly.

That’s a focus it’s needed for a long time, and the Ateca crossover feels like an entirely logical and long overdue addition. This Leon-sized SUV puts SEAT into a segment with lower discounts, higher margins and more user-chooser volume than its traditional target areas. It’s a fashionable family-mover to replace the Altea, an upmarket motorway cruiser to retain upsizing Leon customers in ways the Exeo never managed, and a key conquest car.

There’s certainly a sense of that move upmarket. Though it looks like an upwardly-stretched Leon, the Ateca feels noticeably more premium. Cabin materials are consistently higher quality, and it’s full of neat design details, projecting its own silhouette from the puddle lights, bathing the interior in an ambient glow at night and turning the daytime running lights orange while indicating. It’s the best-finished SEAT to date.

The driving experience will be familiar to anyone who’s driven a Leon. It’s sure-footed and agile, though obviously slightly more top-heavy than its sibling, the controls are reassuringly weighty – particularly in Sport mode – and it rides much like any other road-biased SUV.

Adaptability is a key selling point, and the Ateca is good, if not outstanding. There’s plenty of room for front and rear occupants and the boot is generous for a car which is at the smaller end of its class. However, the rear seats don’t slide to extend the cargo area and the load cover is a solid shelf instead of a retracting blind. Without the optional under-floor compartment, there’s nowhere to store it when it’s out of use.

On-board technology is more impressive, particularly SEAT’s first overhead camera system with its myriad of viewpoints including one for hitching trailers, which is far more useful than the usual ultrasonic sensors, though it has those too. All cars get an intuitive touchscreen infotainment system, Apple CarPlay and Android Auto are included from SE upwards, but navigation is only standard on the top X-CELLENCE trim. SEAT has also included autonomous emergency braking across the range.

The majority of fleet orders are expected to be equipped with the 115bhp 1.6-litre TDI engine. This wasn’t available on the launch, but should be as quiet and efficient as it is in other Volkswagen Group products, if a little behind Renault and Nissan on CO2. The larger 2.0-litre TDI is offered with 148bhp or 188bhp, the latter getting a DSG transmission and four-wheel drive, the former offering both as options. While it’s a capable off-roader, SEAT expects most to be front-wheel drive.

Petrol options are just as noteworthy. UK buyers will get a choice of 1.0 and 1.4-litre turbocharged engines, each with only marginally higher on-paper fuel consumption than their diesel equivalents. That means slightly lower BiK costs for drivers with only a small difference in fuel spend. The larger felt plenty potent enough and, though the 1.0-litre engine wasn’t available to test, the Golf and A3 with the same unit suggest it’s an option best suited to urban drivers.

So the Ateca shapes up to be a competitive, if not class-leading, crossover as well as a great fit within the SEAT portfolio. It’s all the best qualities of the popular Leon, scaled up for one of the most desirable and fast-growing sectors of the market, and deserves to do very well.

De Meo sees crossovers as sports cars for families, and the Ateca is well positioned to take on the driver-focused part of this segment. It looks, feels and drives like a quality product, and offers a wide choice of technologies and engines for fleets. That should bode well for success in the corporate sector.