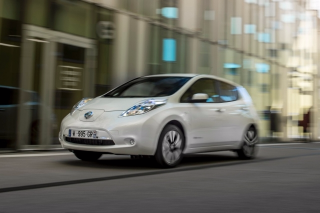 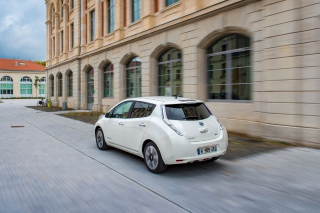 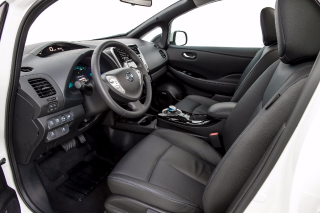 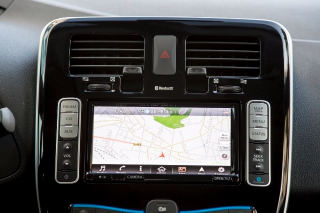 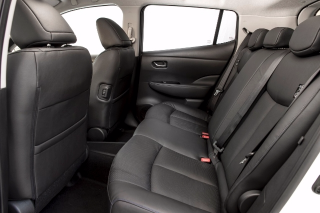 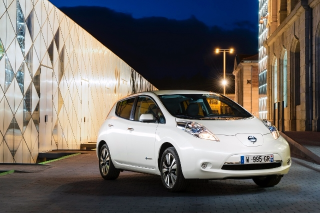 It’s indicative of the relatively low consumer understanding of EV technology that the most important update for the Nissan LEAF since its 2011 launch isn’t marked out by unique exterior styling or even a badge.

Already taking 25% of the European EV market, Nissan has targeted extra usability. That adds a larger capacity battery as a £1,600 upgrade on Acenta and Tekna trims. Capable of storing 25% more energy than the 24kWh unit used to date, the 30kWh battery offers a 155-mile range under NEDC conditions. Tesla and BYD aside, that’s the longest in the industry – an easy benefit to understand.

Granted, that still won’t make this ideal for every-day long-distance drivers, but it is significant. Real-world gains of 20-25 miles mean journeys which would have ended with sweaty palms are now comfortably within reach. It makes petrol or diesel easier to live without, and Nissan reckons most UK buyers will go for the larger battery.

The upgrade is a result of four years of additional battery development. Improvements to the cell chemistry and electrode materials have improved energy density, so there’s no increase in the physical size of the battery pack and only a 21kg weight gain, despite the larger capacity.

Durability has also improved – the battery is now warrantied to retain at least 75% of its capacity for eight years and 100,000 miles, rather than five years and 60,000 miles. That’s well beyond most fleet replacement cycles, but shows the confidence Nissan has in the technology. In reality, many cover much longer distances with hardly any degradation and barely a handful of the 200,000 sold globally have suffered battery faults.

Test routes speak volumes, and it’s not uncommon for economical vehicles to be launched on glass-smooth, incline-free roads around Amsterdam. But Nissan pitted journalists against 95 miles of urban, rural and highway roads including the Col de Turini mountain pass in southern France. Most returned with around a third of the battery charge remaining, which implies a real-world range of around 115-120 miles should be easily achievable.

Of course, it’s worth considering that a larger battery will also lengthen the time needed to fully charge. This takes around ten hours on the slowest 3kW charging points, but the £1,150 upgrade to a 6.6kW on‐board charger cuts that down to five hours. Both versions include cables for public and home charging.

All LEAFs include DC rapid charging using the most widely available connection in the UK and, as the cells are able to take full power for longer than the 24kWh battery, an 80% charge is still possible in around half an hour. With the extra range, drivers should need to spend less time waiting at motorway services.

They should also spend less time looking for somewhere to plug in – the 2016 model year adding a new NissanConnect EV infotainment system with an improved smartphone app and real-time charging point information. Again, adding confidence for drivers, as well as removing one of the biggest frustrations of the outgoing model.

Already well-loved, a large range increase means a wider cross-section of drivers will be able to consider the world’s best-selling electric car.